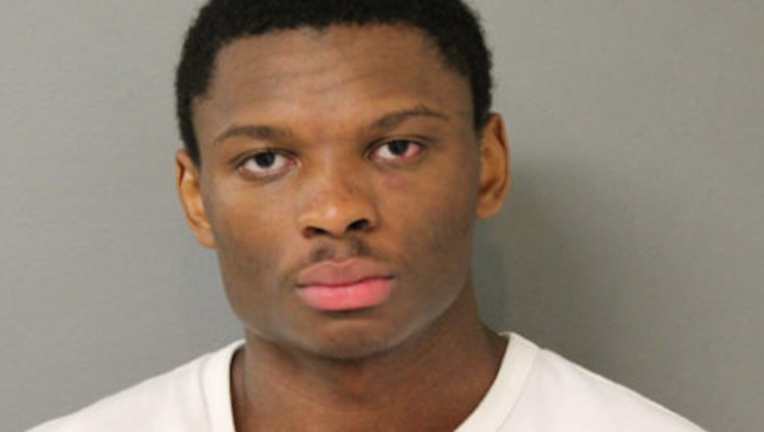 CHICAGO - Months after being released on parole, a man was denied bail Saturday after being charged with attacking a police officer following Fourth of July fireworks at Navy Pier.

Michael Tigue, 21, of Flossmoor, faces a count of aggravated battery of a peace officer in the incident, which occurred shortly after the fireworks show ended, Chicago police said.

As the officer came toward them, Tigue got into a “fighting stance” and tried to gouge the officer’s eye during a struggle to take him into custody, Johnson said.

A private security guard deployed a stun gun and Tigue was taken into custody, Johnson said. The injured officer suffered abrasions and swelling to his face, but wasn’t hospitalized, court records show.

Tigue was convicted of first-degree murder as a juvenile and paroled when he turned 21 on March 30, Johnson said.

An assistant public defender for Tigue said he had been working at Nordstrom for the last two months, was living with his mother and has been previously diagnosed with mental illness.

Judge David Navarro ordered Tigue held without bail and set his next court date for Thursday.