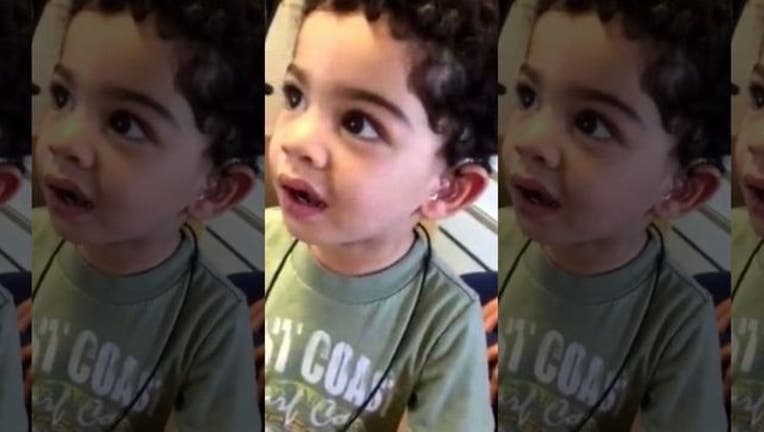 FOX NEWS - Children born without the ability to hear don’t know the joys of listening to music or hearing their parents’ voices, but 2-year-old Kaiden Orantes, of Lawrenceville, New Jersey, cherished those treasures and knew them well. That’s probably why, after suddenly developing progressive hearing loss, he broke out in dance at the familiar sound of his mother’s voice after being fitted for a hearing aid.

"I don't even think he realized what he was doing — he was so excited and started jumping around,” Caitlin Orantes, Kaiden’s mom, told Inside Edition. A video of Kaiden’s reaction, posted Tuesday, June 14, has since gone viral, racking up more than 11,000 views as of Tuesday morning.

Orantes, 21, said Kaiden’s hearing was fine until his second birthday, when he stopped responding to his family’s speech. Doctors eventually diagnosed him with progressive hearing loss but remain unsure of the cause. Kaiden currently has no hearing in his right ear and limited hearing in his left ear, and doctors predicted his hearing will worsen over time, Inside Edition reported.

Doctors cautioned Orantes against getting her hopes up about Kaiden’s new hearing aid and explained his hearing loss may have progressed to the point of helplessness. But a viral video showing Kaiden’s response to his mother’s voice after using the hearing aid suggests otherwise.