LAND O' LAKES, Fla. - Attorneys for five Pasco County inmates announced a class action lawsuit Wednesday that accuses a nurse in the county jail of exposing inmates to HIV and other potentially-deadly viruses.

The lawsuit is filed against Wellpath, a medical company contracted by the Pasco County Sheriff's Office to work in the jail. According to the complaint, a nurse regularly re-used syringes while treating diabetic inmates.

"This is an absolute nightmare that shocks the conscience," said Kevin Conway, an attorney with Peiffer Wolf, the firm representing five inmates. "I can't even fathom this occurring. This is truly a practice that is avoided like the plague by IV drug users: dirty needles, dirty vials every single day. It's unbelievable."

During a virtual news conference, Conway and attorney Ashlie Case Sletvold told reporters the nurse would inject an inmate with insulin and, if that person needed more, she would re-use the syringe to extract insulin from a new, multi-dose vial.

According to attorneys, the nurse would then use the same, potentially-contaminated vial for a new patient.

Conway and Case Sletvold said one of the patients is known to have HIV, meaning the virus could have been spread to other inmates. 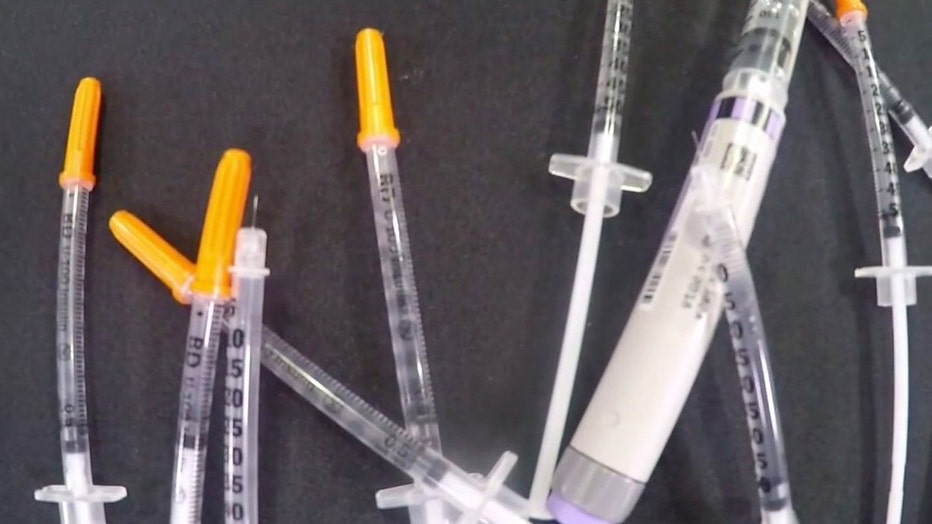 "Diabetics who rely on insulin to survive shouldn't have to fear that the medicine they take to save their lives might be ending it," said Case Sletvold.

The plaintiffs also accuse Wellpath of failing to notify the inmates who may have been exposed. Instead, attorneys said, the company began testing some, but not all, of the inmates for blood-borne illnesses and treating several with preventative HIV medications, without indicating why.

Conway and Case Sletvold said this nurse worked at the jail for about a year, and they worry there are inmates – released or still incarcerated – who aren't yet aware they were exposed.

"This was a complete lack of care for some of the most vulnerable members of our society who were in Pasco County's custody," said Case Sletvold.

"The Pasco Sheriff’s Office is aware of this complaint and immediately began working with Wellpath, the third-party medical provider for detention center inmates, to investigate this matter. Wellpath employees, including the nurse involved in the alleged incident, are not employees of the Pasco Sheriff’s Office. We are unable to provide specific details on this matter as it involves confidential medical information and pending litigation. It is our understanding that Wellpath took immediate corrective action upon being notified of a possible issue with insulin dispensation, and CDC exposure guidelines were followed as safety precautions. At this point, no adverse reactions have been reported by any affected individuals. We are taking the reported complaint very seriously, and will continue to work with Wellpath regarding investigation of this matter and steps to ensure a situation like this does not happen in the future."

The county and sheriff's office are not defendants in the case at this time.

Wellpath has not yet responded to a request for comment.