Gasol and his wife Catherine McDonnell have named their newborn daughter after Gianna Bryant, the daughter of Kobe Bryant.

On Sunday, the former Laker shared a photo online of their daughter Elisabet Gianna Gasol.

“Our little one has finally arrived!! The delivery went really well and we couldn’t be happier!! Elisabet Gianna Gasol , a very meaningful name for our super beautiful daughter!! #girldad,” Gasol wrote online.

He posted two adorable photos of their family.

Kobe’s wife Vanessa Bryant announced on Instagram that she is the godmother of Gasol’s daughter. 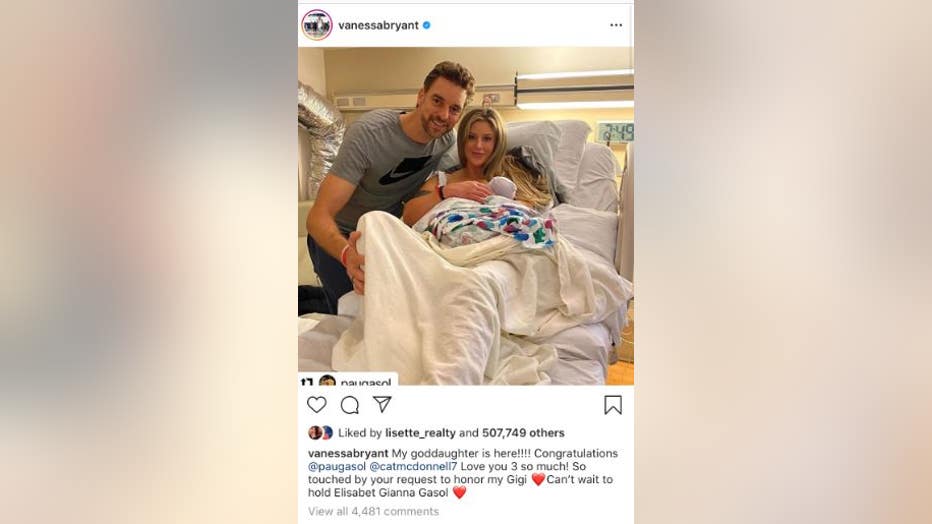 She wrote “My goddaughter is here!!! Congratulations, love you 3 so much! So touched by your request to honor my Gigi. Can’t wait to hold Elisabet Gianna Gasol.”

Kobe and Gasol were teammates for years. He left the Lakers in 2014.