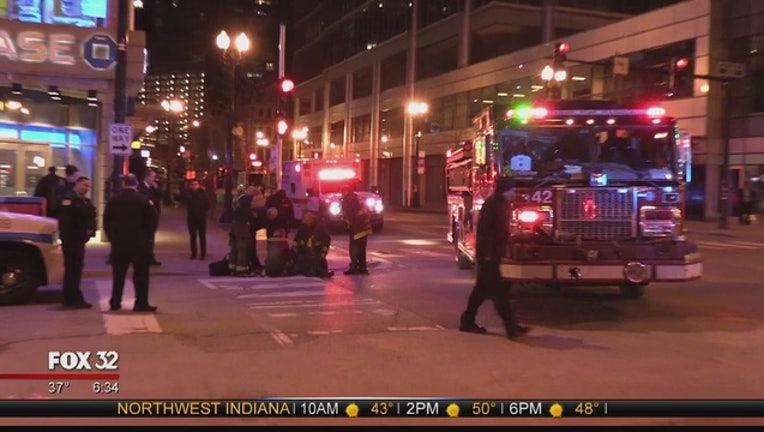 About 2:30 a.m., the 24-year-old pedestrian was in the crosswalk on Clark Street near Kinzie when he got into an argument with someone at the wheel of a black Dodge Charger, according to Chicago Police.

The car swerved out of traffic, hit the man and sped off, police said. He was taken in serious condition to Northwestern Memorial Hospital.

No one was in custody Friday morning.