Pelosi invites Trump to deliver State of Union on Feb. 4

President Donald Trump will deliver the State of the Union to a joint session of Congress on Feb. 4.

WASHINGTON (AP) - President Donald Trump will deliver the State of the Union to a joint session of Congress on Feb. 4.

House Speaker Nancy Pelosi sent a letter to the president on Friday formally inviting him to deliver the address at the U.S. Capitol. 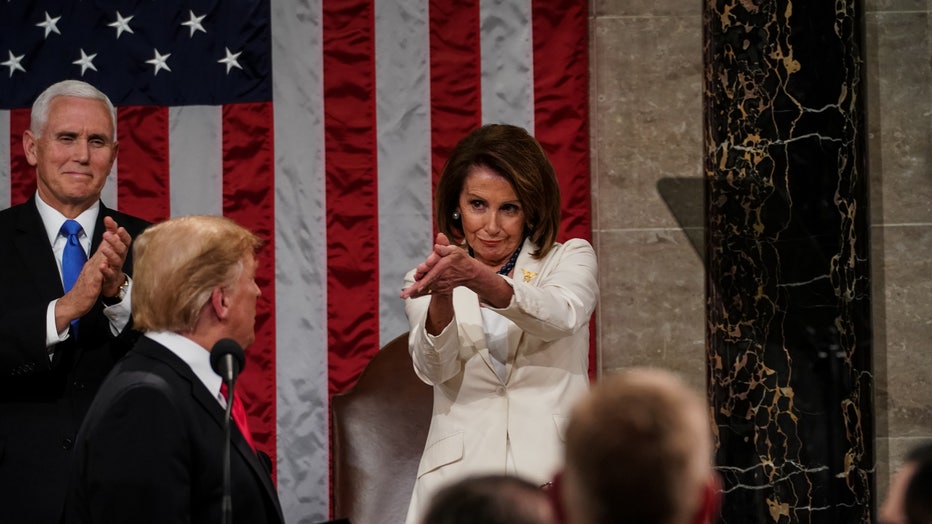 FILE - Speaker Nancy Pelosi and Vice President Mike Pence applaud U.S. President Donald Trump at the State of the Union address in the chamber of the U.S. House of Representatives at the U.S. Capitol Building on February 5, 2019 in Washington, DC.

“In the spirit of respecting our Constitution, I invite you to deliver your State of the Union address before a Joint Session of Congress,” Pelosi wrote.

Pelosi extended the invitation to Trump to make the annual address just two days after the House adopted two articles of impeachment against Trump.

A date for the Senate impeachment trial has not yet been set.