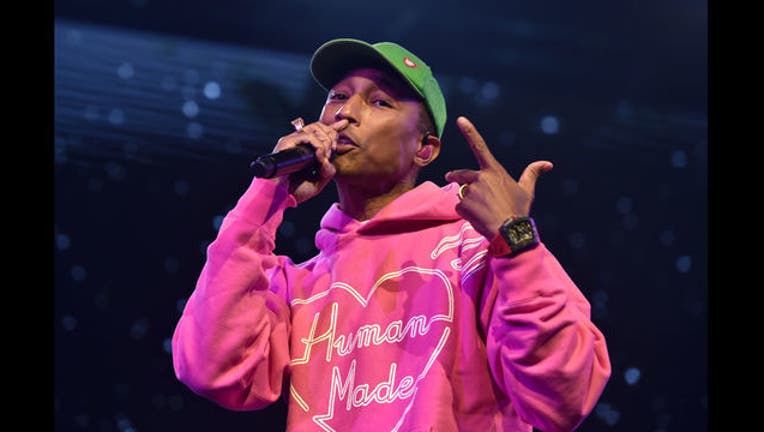 LOS ANGELES (KTVU) - President Trump's use of the upbeat Despicable Me 2 song, "Happy," has made Pharrell Williams very unhappy.

Especially because Trump played the song at a rally, just hours after Robert Bowers allegedly killed 11 Jews at a Pittsburgh synagogue.

"On the day of the mass murder of 11 human beings at the hands of a deranged ‘nationalist,’ you played his song ‘Happy’ to a crowd at a political event in Indiana,” Williams' attorney Howard King wrote in a cease-and-desist letter. “There was nothing ‘happy’ about the tragedy inflicted upon our country on Saturday and no permission was granted for your use of this song for this purpose.”

King, who San Francisco and Los Angeles offices, sent the letter to KTVU on Tuesday. He also claims the use of “Happy” without consent constitutes both copyright and trademark infringement. King represented Williams and Robin Thicke when they lost to Marvin Gaye's children over the "Blurred Lines" copyright.

“Pharrell has not, and will not, grant you permission to publicly perform or otherwise broadcast or disseminate any of his music,” King wrote.

For his part, Trump defended his decision to go ahead with Saturday’s FFA rally in  Murphysboro, Illinois, arguing that allowing the synagogue attack to “change all our lives” would be a victory for the gunman. Trump was somber at times, saying "this wicked act of mass murder is pure evil, hard to believe and frankly something that is unimaginable. Our nation and the world are shocked and stunned by the grief." He also said that old the FFA members that people who commit such acts need "the ultimate punishment," meaning the death penalty.

But Trump also joked at the event that he almost didn’t make it, not because of the “unfortunate news conference,” he held hours earlier, but because the rain had mussed his hair.

This is not the first time Trump has received flak from angry musicians after using their music without permission. The Rolling Stones, The O’Jays, Adele, Queen and several others have asked Trump to stop using their music as well. It wasn’t immediately clear if these artists have been successful.