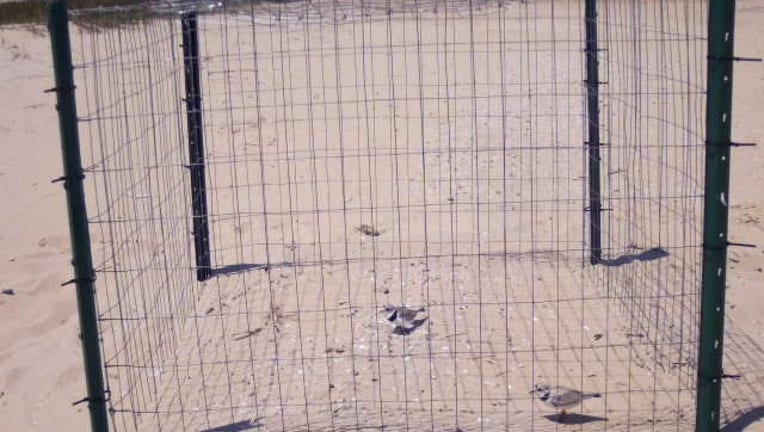 Monty and Rose quickly returned to their nest after the exclosure was added. (USDA APHIS Wildlife Services)

The announcement comes with the help of a new enclosure installed after a skunk accessed their first nest and ate their four eggs last week.

The enclosures are part of a piping plover recovery effort in the Great Lakes region.

The Chicago Park District shares that a new exclosure is both larger and made of stronger wire and welds than the first and follows USFWS specifications for piping plover exclosure design, size, and materials.

A skunk ate four piping plover eggs that were inside an enclosed area at Montrose Beach Wednesday night.

The enclosures help with the many challenges remaining pairs of Great Lakes piping plovers face to breed including withstanding foxes perching on it, families of raccoons and skunks trying to outsmart it, coyotes challenging it, and numerous other visitors such as rabbits and mallards.

Thanks to recovery efforts, the Great Lakes piping plover population, once down to less than 20 pairs, has rebounded to around 70 breeding pairs. 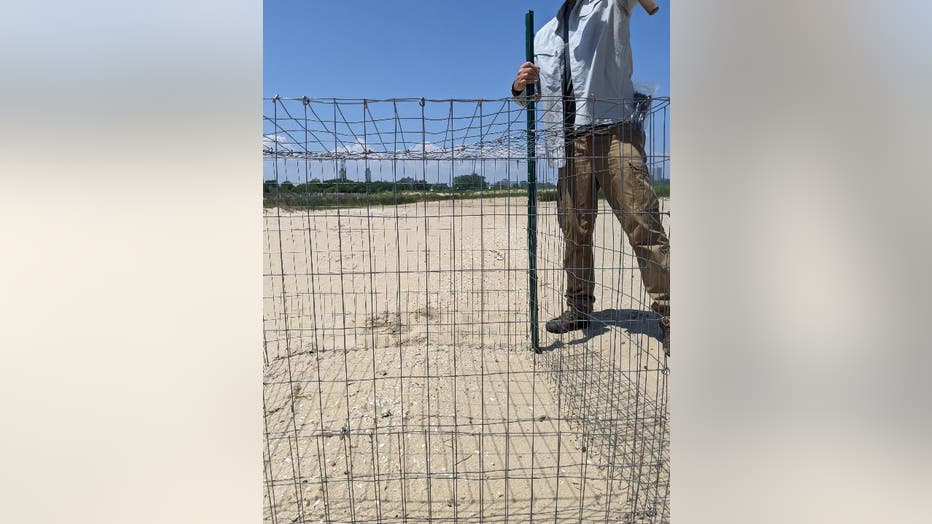 Monty and Rose are able to move in and out the enclosure as they take turns incubating their eggs and feeding away from the nest.

The endangered pair are spending their summer together along the lakeshore for the third straight year. 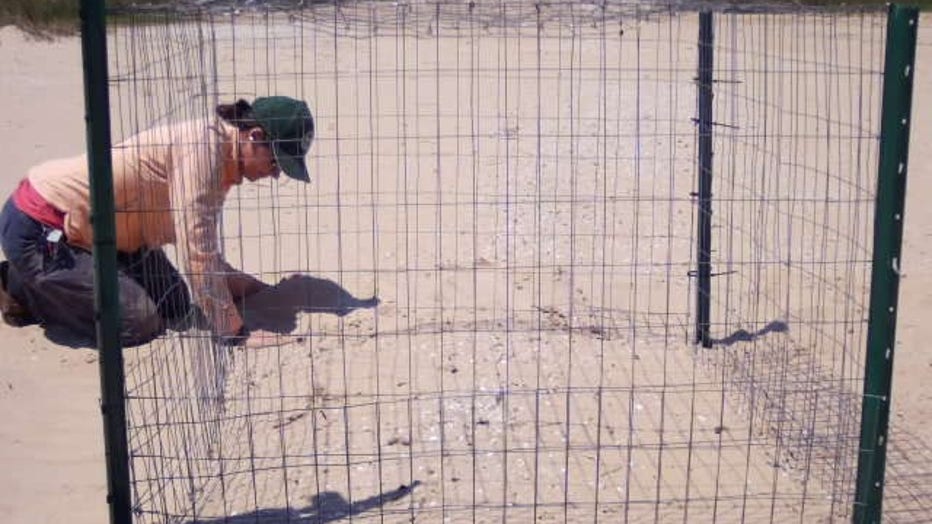 Cassi Saari assists with the installation of the exclosure. (USDA APHIS Wildlife Services)