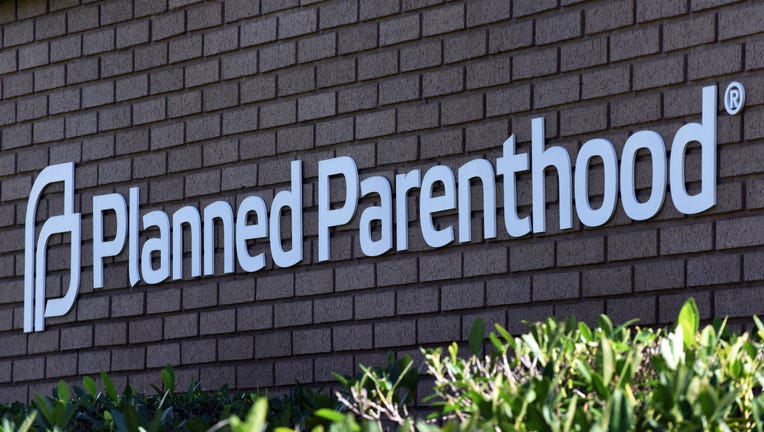 Planned Parenthood reported a record-high number of abortions and government funding for 2018-2019, despite encountering a wave of Republican-led measures designed to restrict resources and access to the controversial procedure.

Released on Monday, the annual report shows the group received $617 million in taxpayer funds for the fiscal year ending in June. That number represented roughly 37 percent of its overall funding and about a 9 percent increase from the previous year.

The total could decline as the organization said in August it would sever millions of dollars in Health and Human Services grants after the administration blocked executive-level funding for clinics that refer clients for abortion.

"We stand at an inflection point for reproductive health and rights," acting Planned Parenthood president Alexis McGill Johnson said in the report.

"Our opponents moved to dismantle our nation’s program for affordable birth control this year, forcing providers like Planned Parenthood out of the program with an unethical gag rule," she added before mentioning state and judicial challenges.

The administration's so-called "gag rule" received praise from pro-life figures who have been fighting for years to separate government funding from the nation's largest abortion provider. But groups like Live Action, which have urged Congress to remove its appropriations for Planned Parenthood, were disappointed by Monday's figures.

"This abortion machine, which is responsible for the taking of more than 345,000 preborn lives this year – a number consistently on the rise – should be defunded immediately and shut down," said Alison Centofante, Director of External Affairs for Live Action.

Other than through Congress, the group receives state and local grants in addition to money through Medicaid reimbursements. It also stands to receive a massive influx of cash if Democrats take the presidency and repeal the Hyde Amendment, a historically bipartisan measure that blocked federal funding for most abortions. A large sum of its money – $591.3 million – came from private contributions and bequests.

While some states have tried severing funding to the organization, they've faced legal challenges along the way. Over the past few years, Planned Parenthood has joined with groups like the American Civil Liberties Union to challenge a veritable onslaught of pro-life measures throughout the U.S.

These included outright bans on the procedure as well as regulations surrounding clinic operations. Planned Parenthood responded with a long list of legal challenges – approximately 40 open cases, according to its report – and was able to salvage Missouri's last abortion clinic amid restrictive legislation.

The group proudly claims that nearly 70 percent "of the more than 300 abortion restricting bills introduced in 2019 have been defeated or delayed until next year." Despite those restrictions, the organization is performing more abortions than ever — defying a nationwide trend of declining abortion rates.

"They now run abortion-only clinics in several cities and have given up any semblance of trying to hide behind 'family planning.' They fired Dr. Wen because she wanted to provide more services to women than just abortion. Planned Parenthood is the nation's largest abortion vendor and their annual report only solidifies that fact."

The organization claims abortion constitutes just a small percentage – 4 percent in 2018-2019 – of its services. But advocates like Johnson argue that statistic is manufactured in an attempt to conceal how much they actually focus on the procedure over family planning alternatives that conservatives prefer, such as adoption referrals.

The vast majority of its expenses went toward "medical services."

According to the report, Planned Parenthood conducted nearly 5 million STI testing and treatment services and prevented about 393,000 unintended pregnancies. It also claims to have provided 520,710 breast exams and pap tests.

Pro-choice advocates maintain that contraception and groups like Planned Parenthood are responsible for the historic low in abortions. The Guttmacher Institute, which previously functioned as an arm of Planned Parenthood, reported abortions overall fell to 862,320 in 2017.

Planned Parenthood performs a good chunk of the nation's abortions, using the procedure more than 300,000 times annually for the past several years.

In 2018-2019, the organization faced intense scrutiny over its relatively quick hiring and firing of its former president, Dr. Leana Wen. Wen attempted to shift the organization away from its focus on abortion politics and towards women's health care, a strategy she indicated didn't sit well with some in leadership.