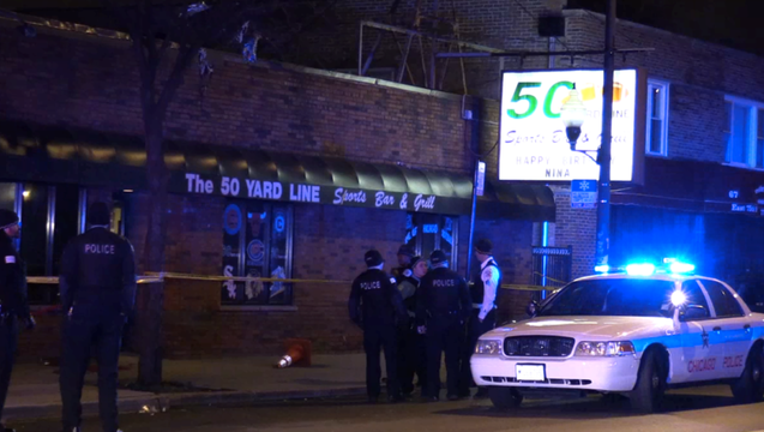 Two people were shot while inside a bar near 75th and Michigan early Friday. | NVP News

CHICAGO (Sun-Times Media Wire) - Two men were shot — one fatally — inside a bar in the Greater Grand Crossing neighborhood on the South Side early Friday, police said.

The two were inside the bar near 75th and Michigan when “a known offender” pulled out a gun and shot them, police said.

Both were taken to Stroger Hospital. A 29-year-old man was shot in the abdomen and succumbed to his injuries early Friday, police said. Another man, 32, was shot in the leg and listed in serious condition.

Police said one person was in custody in connection with the shooting and charges were pending Friday morning.