In just one police district, carjackings are up more than 130 percent. Now, Chicago police are deploying a carjacking task force.

CHICAGO - Chicago police are grappling with a massive spike in carjackings throughout the city.

In just one police district, carjackings are up more than 130 percent. Now, Chicago police are deploying a carjacking task force.

Starting Friday night, police have decoys out on the streets where carjackings have increased. Carjackings are up 75 percent overall this year: 117 vehicles have been stolen in 2020 compared to 67 during this time in 2019 -- and that number for this year doesn't include the recent crimes in River North.

There were a pair carjackings overnight. Two people stole a man’s Jeep at gunpoint after rear-ending it. The white 2014 Jeep SRT was stopped at a traffic light in the 300 block of West Ontario Street when it was rear-ended by a dark-brown Volvo. The criminals are still at large.

“From here to Michigan I have never heard of a carjacking, I have been working around here for close to two years almost. A carjacking, no,” said Lequan Washington, who works in River North. 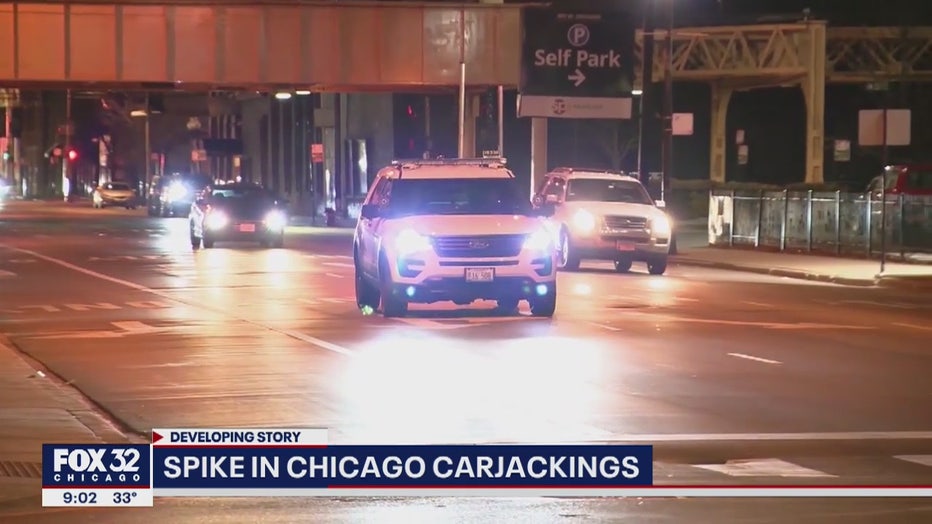 Blocks away from Ontario, another carjacking took place Thursday night in the 700 block of North Hudson Avenue. A man was double-parked in his BMW when the carjacker wanted his ride. The driver refused and that's when the gunmen fired a shot. The armed carjacker got the keys, but couldn't figure out how to drive away.

Police say they are using an all-hands-on-deck strategy to combat the carjackings, even deploying a helicopter as well as undercover officers.

In some cases, police believe they are dealing with repeat carjackers. CPD says they will work with the feds to hit criminals with stiffer charges.