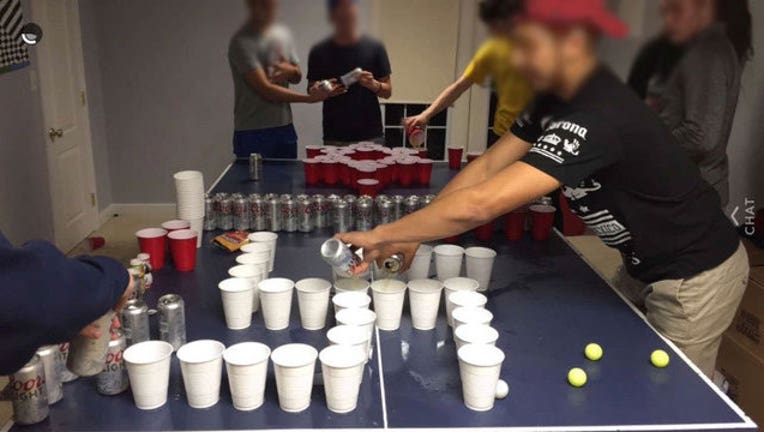 The photo was shared on Snapchat, where one Princeton High School student captured it and wrote about it on her blog. It shows students playing a version of beer pong dubbed "Holocaust Pong" or "Alcoholocaust." Students can be seen pouring beer into two sets of cups that were arranged in the forms of a Star of David and a swastika.

The 17-year-old student who blogged about the photo, Jamaica Ponder, told NJ.com the students were her classmates.

"They are athletes and student leaders," Ponder said. "They're prominent individuals that everybody knows, captains of sports teams."

The Princeton Police Department said Friday morning that they've started an investigation into the circumstances surrounding the photo, NJ.com reported.

Lt. John Bucchere said that possession of alcohol by minors on private property is not a crime.

"However, if there is evidence that someone bought alcohol for minors or provided a place specifically for them to consume it, that is illegal," Bucchere said.

"An incident such as this one, forces us to take a hard look at our efforts in educating our children in the values that may be most important to their success in life," Cochrane said.

He said the district is talking to the students and their families about the photo.