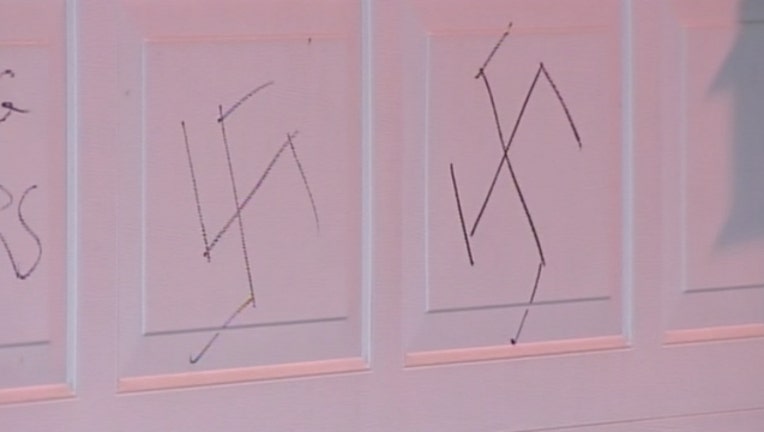 Swastikas, racist messages and graffiti were found on a garage Wednesday night in the 10300 block of South Claremont. | NVP News

SUN-TIMES MEDIA WIRE - Police have opened an investigation after racist graffiti was found drawn on a garage Wednesday night in the Beverly neighborhood on the Far South Side.

The “derogatory remarks and symbols” were reported about 9:45 p.m. on a house’s garage in the 10300 block of South Claremont, according to Chicago Police.

Racist messages, Ku Klux Klan imagery and swastikas could be seen written in black on the white garage door as evidence technicians investigated.

“We have seen a marked increase of racial intimidation, hate and white supremacist threats, both nationally and here in the 19th Ward. This is just one example. It’s up to all of us to speak out against these acts whenever they occur. People of all ethnic and cultural backgrounds should be able to live here without harm or harassment,” the statement said.

“On behalf of our community, the SCDC extends a sincere apology to the victims of this racist incident and are available for any support we can give.”