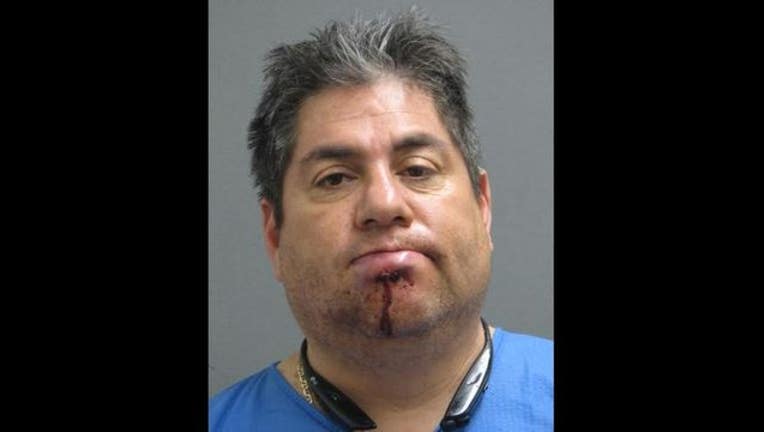 SUN-TIMES MEDIA WIRE - A 50-year-old man was charged with DUI after he crashed his van last week in west suburban Riverside and claimed drinking 12 beers was “no big deal,” according to police.

Riverside police received phone calls at 3 p.m. on Feb. 23 about the driver of a white van who appeared to be drunk and had crashed into another car in the northbound lanes of First Avenue just south of 31st Street near Brookfield Zoo, according to a statement from Riverside police.

When officers arrived, they learned that Francisco Castro had crashed a white work van into two other vehicles, and that he was injured. Castro was talking on a cellphone when an officer walked up, and his blood alcohol content was four times over the legal limit in Illinois at .38, police said.

Officers found numerous beer cans in the front compartment, and Castro told them he drank 12 beers before he started driving and that it “wasn’t a big deal,” police said.

After Castro was treated for a head injury at the scene and then taken to Loyola University Medical Center in Maywood for a mouth injury and alcohol poisoning, police said.

The Lemont resident was charged with two counts of drunken driving, transportation of open alcohol by a driver, improper lane usage, failure to reduce speed to avoid an accident and driving while using a cellphone.