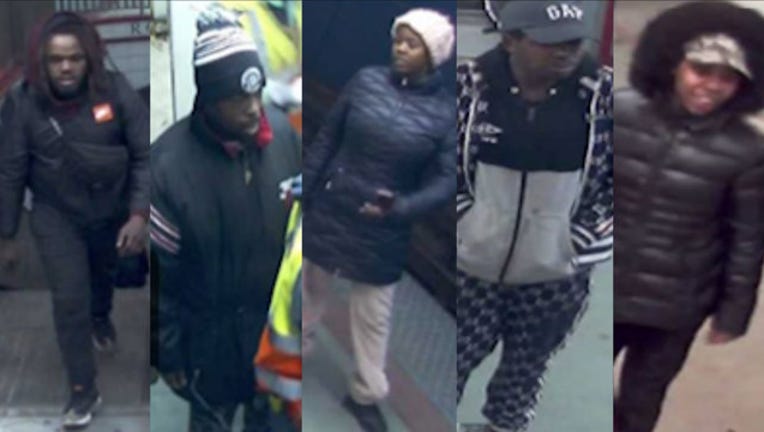 CHICAGO (Sun-Times Media Wire) - Police are looking for five people in connection with the Friday morning stabbing of a CTA employee on a Red Line train platform in the South Loop.

Three people chased a man in his 50s or 60s down the stairs about 2 a.m. into the Roosevelt Red Line station, 1167 S. State St., according to Chicago police.

The man ran behind a 38-year-old CTA employee on the platform, police said. The employee then attempted to intervene and got into an argument with the suspects that escalated into a “physical altercation.”

A male suspect stabbed the employee in his chest and abdomen with a knife, police said. The suspects, two males and a female, then ran away up the stairs.

Gardiner said his cousin underwent surgery Friday morning, is “doing well” and expects to be out of the hospital in three or four days.