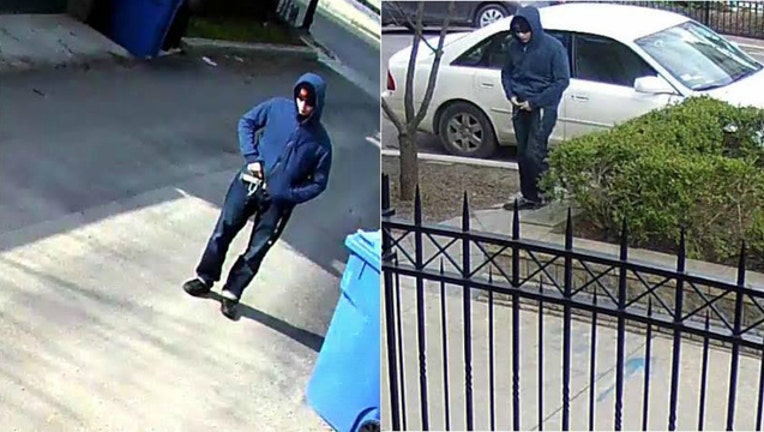 CHICAGO (Sun-Times Media Wire) - Police released surveillance photos Tuesday of a man suspected of robbing a woman at gunpoint in the garage of her Lincoln Park home earlier this month on the North Side.

The armed robbery happened about 3:35 p.m. March 18 in the 2000 block of North Kenmore Avenue around 3:35 p.m., according to a community alert from Chicago Police.

The robber is described as a white man with a fair complexion, between 5-foot-5 and 5-foot-6 and weighing 160-170 pounds, police said.

He was seen driving away in a dark 2016 Volkswagen Jetta with an Uber X sticker on the lower right side of the back window.