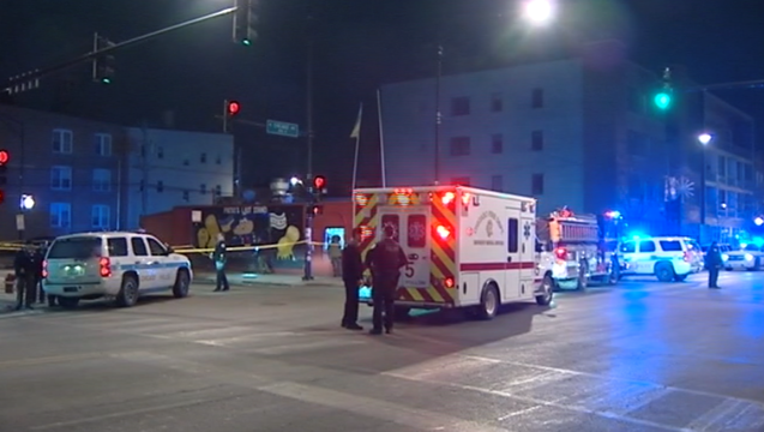 Chicago Police investigate in the 2200 block of West Chicago, where a man was shot early Monday. | NVP News

The 36-year-old was standing outside about 1:10 a.m. in the 2200 block of West Chicago when someone in a black SUV nearby opened fire, striking him in the abdomen, face and left leg, according to Chicago Police.

The man was taken to Stroger Hospital, where he was pronounced dead, police said. The Cook County medical examiner’s office did not immediately provide information on the fatality.