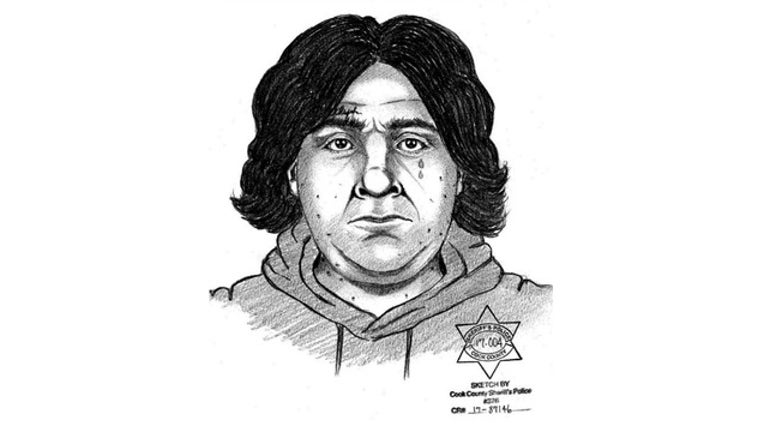 Sketch of the suspect wanted for trying to "force himself" on a woman in Blue Island. | Blue Island police

BLUE ISLAND (Sun-Times Media Wire) - Police have released a sketch of a man suspected of trying to “force himself” on a woman Monday morning in south suburban Blue Island.

About 6:20 a.m., the 25-year-old woman was walking on 121st Street near Irving Avenue when a man walked up and asked for a cigarette, according to Blue Island police.

The woman said she didn’t have a cigarette, and the man then grabbed her from behind and “attempted to force himself on her,” police said. She was able to fight him off, but was injured in the struggle. Additional details were not provided.

The suspect is described as a 140-pound Hispanic man, thought to be 25 years old, standing 5-foot-6, with black shoulder-length hair, facial hair, two teardrop tattoos under his left eye and a tattoo over his right eye, according to police. He was wearing a black hooded sweatshirt.

Anyone with information on the incident is asked to contact the Blue Island Detective Division at (708) 385-1313. All information will be kept confidential.