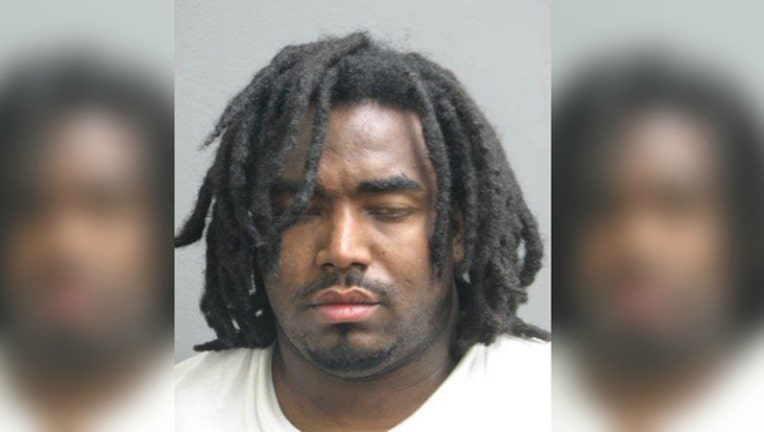 At 2:37 a.m. Tuesday, an officer pulled over a vehicle that was driving 38 mph over the posted limit at Harlem and Ogden, police said. When the officer approached the vehicle, he smelled cannabis inside the car.

The driver initially identified himself to the officer as Jiovonni Moorison of Chicago, saying that he had a valid license but it was not in the car, police said. After running that name, the officer discovered that he had multiple aliases and could not identify him.

The officer also discovered that a woman who was with the Moorison in the vehicle had a valid order of protection against him, police said.

As police were impounding Moorison’s vehicle, they found an open bottle of Remy liquor and seven plastic bags filled with marijuana, police said.

Moorison refused to provide any information while in custody at the station, but his true identity – Jiovonni G. Moorison – was finally discovered after he was fingerprinted, police said. It was later learned that he gotten a fake driver’s license under the name of Demond Davis, which was revoked for three DUI convictions dating back to 2001.

He is currently being held in custody without bond, police said.