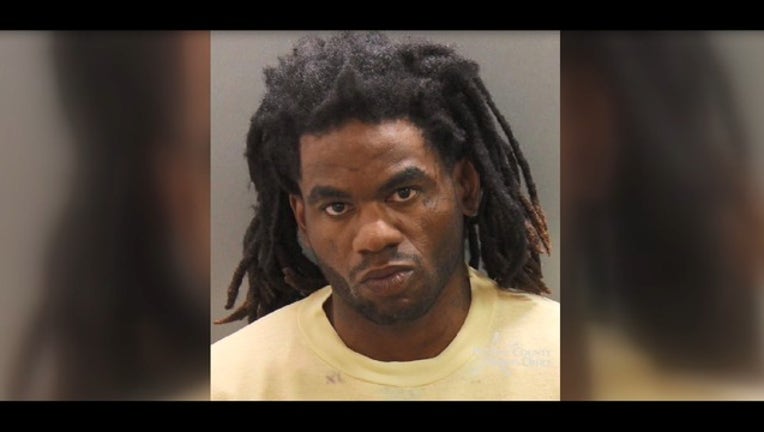 BOISE, Idaho (AP) - A man who had been asked to leave a Boise apartment complex returned the next day and stabbed children celebrating a 3-year-old girl's birthday in an attack that left the city reeling, Police Chief William Bones said Sunday.

Nine people in all were hurt in the attack, including the birthday girl. Five other children aged four to 12 were injured, as were three adults who came to their defense.

Bones said all are alive, although some are gravely injured.

A resident of the apartment complex where the stabbing took place had allowed 30-year-old Timmy Kinner to stay there a short time, but asked him to leave Friday because of his behavior, Bones said.

Kinner returned Saturday, when the girl was having her party a few doors down from where he had stayed, according to police. Kinner is facing nine counts of aggravated battery and six counts of injury to a child for the late Saturday violence.

The complex houses many resettled refugee families, but Kinner is not a refugee.

Esrom Habte, 12, and Fathi Mahamoud, 11, were playing in the grass behind their apartment when the attack began.

"It was kind of scary because we were outside," Esrom told news media as his mother looked on. "He was chasing people and stabbing people."

"We saw him saying bad words and stabbing a grown-up really hard and a lot of times," Esrom said.

The children ran into an apartment and hid in a closet with other children until police told them it was safe to come out, he said.

"This incident is not a representation of our community but a single evil individual who attacked people without provocation that we are aware of at this time," Bones said during a press conference Saturday night.

Police found stabbing victims both inside the complex and in the parking lot; Kinner was arrested a short distance away.

Bones said the attack resulted in the most victims in a single incident in Boise Police Department history. "As you can imagine, the Wylie Street Apartment and our community is reeling from this attack," he said.

The apartment complex is just off of one of Boise's busier streets, separated from the traffic by one of the many irrigation canals that run through the city.

Victim witness coordinators and counselors were being made available to the victims, their families and friends and other residents of the apartment complex, Bones said.

"Our hearts go out to the victims who are in the hospital tonight, please keep them and their families in your thoughts and prayers," he said.

"Last night's horrific attack does not represent Boise," Bieter wrote. "Please join me in praying for the injured and their families. We must come together to condemn this vile act."