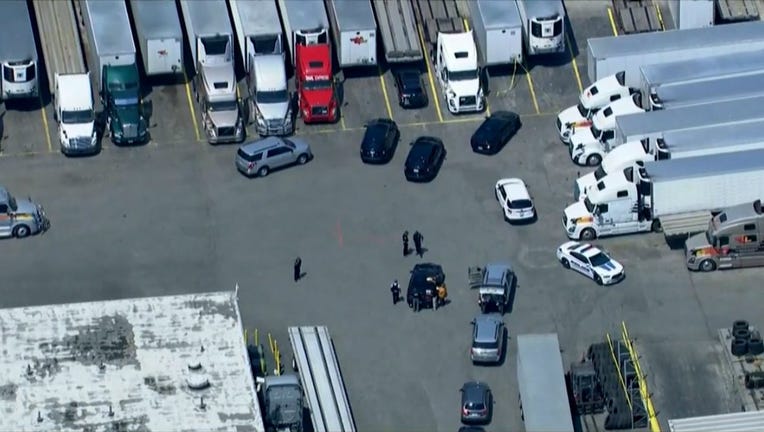 MARKHAM, Ill. - A Markham police officer on Thursday shot and wounded a man who allegedly lunged at the officer while holding two knives in the south suburbs.

The shooting happened about 8 a.m. after officers responded to a trucking employee harming himself at DVL Express near Dixie Highway and 167th Street, according to Markham Police Chief Terry White.

The officers found him “stabbing and slicing himself” with a pair of knives, White said.

Officers chased the man, but also tried to deescalate the situation, he said.

The man, still holding the knives, then lunged at a female officer who then fired shots at him, White said.

The employee, who was about 30 years old, was taken in critical condition to Christ Medical Center in Oak Lawn, White said.

White said the man is a truck driver who reported to work that morning and was due to take a load out. Police later found a large blood inside his semitrailer’s cab.

Illinois State Police said they are investigating the officer’s use of force.

The officer who fired the shots has been placed on 30-day desk duty, per policy, White said.