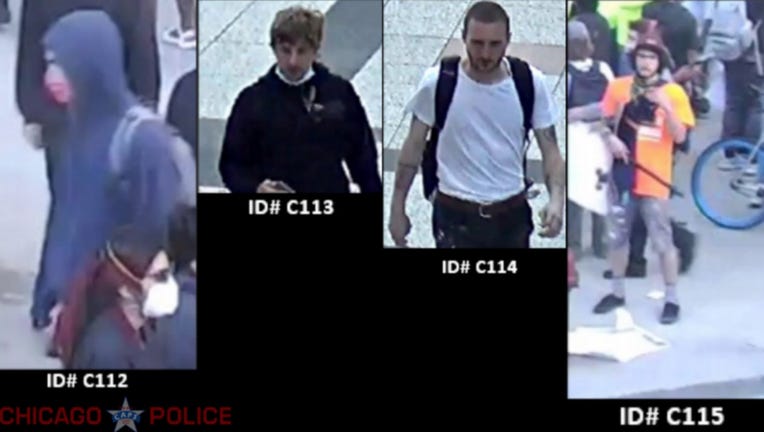 Police released photos of four men wanted in connection to an arson from May 30, 2020, in the 400 block of North Lower Michigan Drive. (Chicago Police Department)

CHICAGO - Chicago police and federal agents are asking for help identifying suspects wanted in connection to several incidents of arson that happened downtown after mass protests in late May.

In late June, police released photos of 18 other people wanted in connection to more than 50 intentionally set fires. State officials estimated that looters and vandals caused $20 million worth of damage across Cook County.

The new batch of photos and videos released by police late Tuesday are related to four incidents of arson: 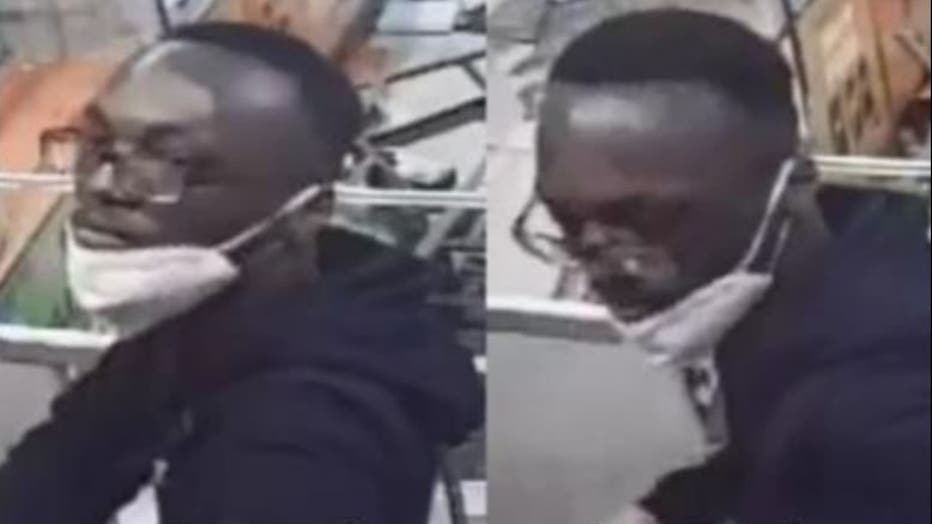 The ATF and Chicago police are looking for a man wanted for arson May 31, 2020, in the 4700 block of West Madison Street. | Chicago police

A Pilsen man has already been hit with federal arson charges for allegedly setting fire to a Chicago police vehicle while wearing a Joker mask at the onset of the unrest May 30.

Six people have been charged with federal gun crimes related to Chicago’s unrest, and a Galesburg man also was hit with federal charges for allegedly making the trip to Chicago to loot and riot.

Anyone with information is asked to call Chicago police at 312-745-6233 or email atftips@atf.gov