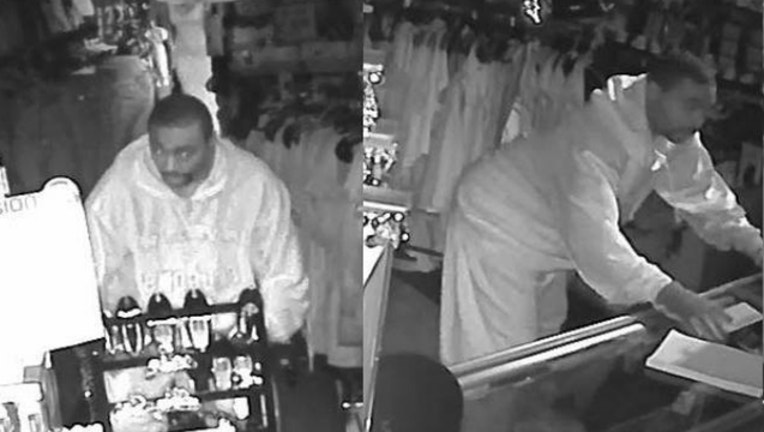 Surveillance images of the man suspected in a burglary Sept. 23 at a clothing store in Aurora. | Aurora police

The burglary happened about 3 a.m. Sept. 23 at a clothing store in the 600 block of East New York Street, according to Aurora police.

Police released surveillance images of the suspect Friday morning and are asking anyone with information to call investigators at (630) 256-5500 or Crime Stoppers at (630) 892-1000.

Calls to Crime Stoppers may qualify for a cash reward if they lead to an arrest, police said. Tips can also be submitted through the department’s My PD app.