Police say these people are wanted for breaking into a Nordstrom on the Magnificent Mile. | Chicago police

CHICAGO - After making one arrest, Chicago police have released photos of six others suspected of smashing through the front door of a Nordstrom store on the Magnificent Mile and running off with purses and other merchandise.

Kendrick Adams, 27, was arrested as he tried to leave the store in the first block of East Grand Avenue around 1:40 a.m. Monday, police said. No other arrests have been reported.

The break-in was followed by a similar burglary less than an hour later in the Back of the Yards on the South Side, but police have not said if the cases are related. 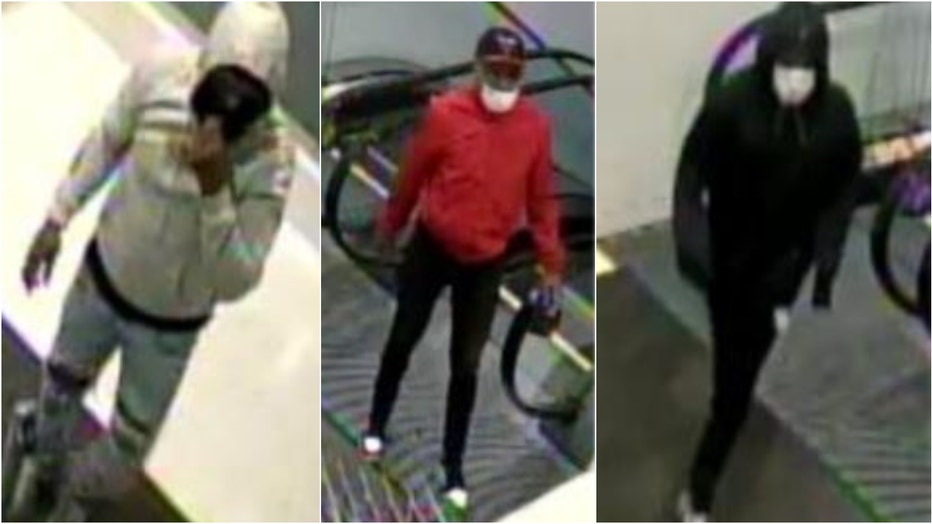 In the second incident, a group broke into a retail sporting store in the 4600 block of South Halsted Street and took merchandise from inside, police said.

Anyone with information is asked to contact Area Three detectives at 312-744-8263.