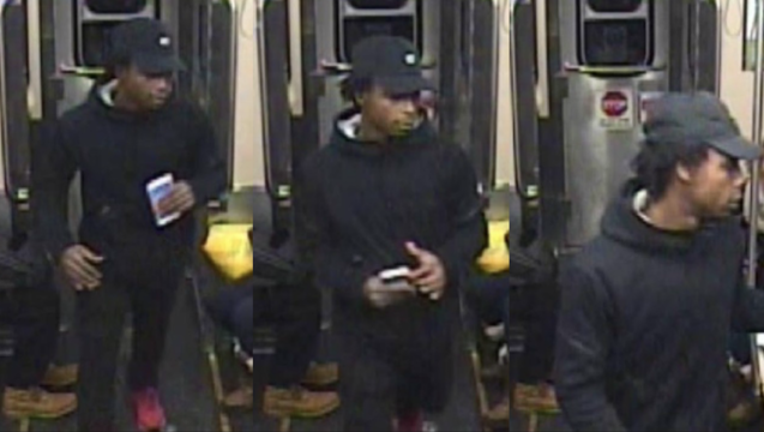 Surveillance images of the man suspected of robbing a woman Nov. 13 on a CTA Green Line train. | Chicago Police

CHICAGO (Sun-Times Media Wire) - Authorities are asking for the public’s help identifying a man suspected of robbing a woman earlier this month on a CTA Green Line train.

The 34-year-old woman was sitting on the train about 6 p.m. Nov. 13 in the 4000 block of South Indiana when the man walked up, took her phone from her hand and ran off the train, according to a community alert from Chicago Police.

The suspect was described as an approximately 18-year-old black man standing between 5-foot-7 and 5-foot-10 and weighing 150-170 pounds, police said. Authorities released a surveillance photo of the suspect on the train.