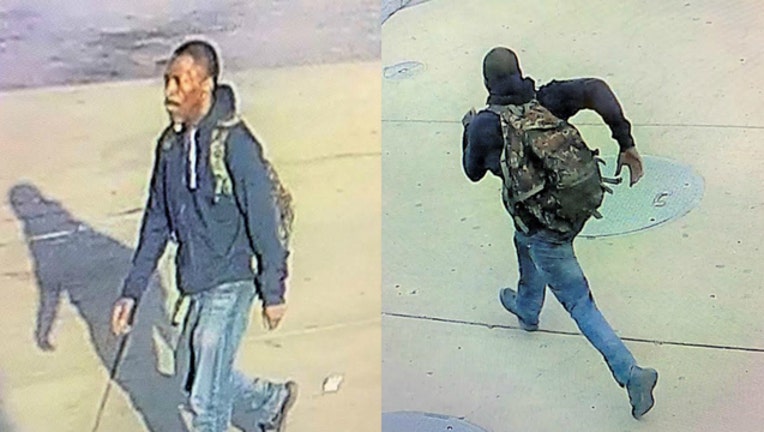 Surveillance photo of the man wanted in connection with a stabbing, Sept. 4, 2019, in northwest suburban Rosemont. | Rosemont police

ROSEMONT (Sun-Times Media Wire) - Rosemont police are searching for a man wanted in connection with a stabbing Wednesday in the northwest suburb.

About 6 p.m., officers responded to calls of a stabbing that had occurred at a Mobile Gas Station, 9401 Higgins Rd., and found a man with a stab wound to the lower left side of his abdomen, Rosemont police said. He was taken to an area hospital for treatment.

Witnesses told investigators the victim and the suspect were involved in a “physical altercation” a short time earlier at the Rosemont CTA Blue Line station, 5801 N. River Road, police said. Once the victim left the station, the suspect pulled out a small knife and started to follow him.

Police released stills from the video and said they are looking to question the man pictured in connection with the stabbing. Authorities described him as a 5-foot-7, middle-aged man wearing a dark-colored hoodie, blue jeans and gray shoes with a camouflage backpack.

Police said the victim is being uncooperative with investigators and the motive behind the attack remains unknown. He is expected to be released from the hospital on Thursday.

Anyone with information about the identity or whereabouts of the man in the pictures is asked to call the Rosemont Public Safety Department at 847-823-1131.