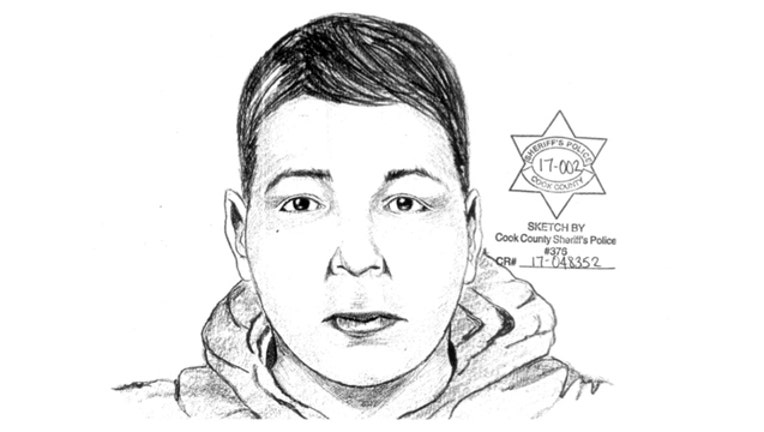 Sketch of the suspect wanted for stabbing a woman to death on Valentine's Day in River Grove. | River Grove police

(SUN TIMES MEDIA WIRE) - Police have released a sketch of a man suspected of stabbing a woman to death on Valentine’s Day in west suburban River Grove.

Officers were called about 1:40 p.m. Feb. 14 to check on the well-being of a resident in the 8800 block of Wrightwood Avenue, according to River Grove police.

They found 44-year-old Marisol Hernandez stabbed to death inside the home, authorities said. An autopsy found she died of multiple sharp force injuries, and her death was ruled a homicide. The Cook County medical examiner’s office spelled her name Marisal Hernandez.

On Monday, police released a sketch of a person of interest in the case. He was descried as a white or Hispanic man, thought to be in his early 20s, standing 5-foot-10 to 5-foot-11, with a thing build and black hair.

Police said the man was seen wearing a black hooded sweatshirt early Feb. 14 in or around the area of the homicide.

Anyone with information on the person of interest or the incident is asked to contact the River Grove Police Department Detective Division at (708) 453-2121.