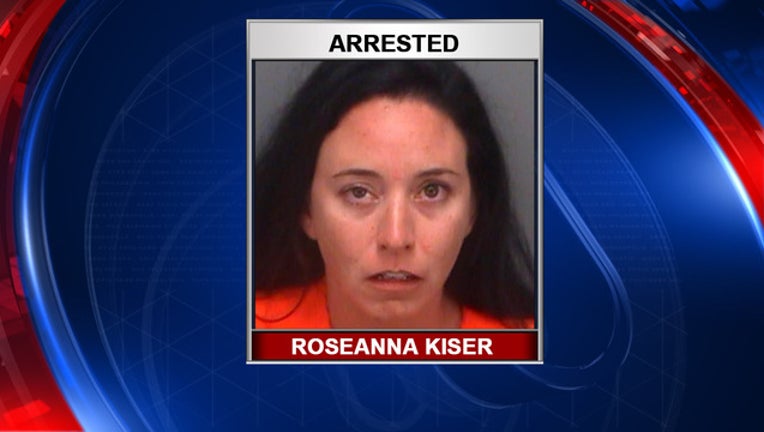 CLEARWATER (FOX 13) - Police say a woman visiting Clearwater got so upset with a little boy splashing her in the pool that she poured vodka directly into his eyes and face, then assaulted officers.

According to an arrest report from the Clearwater Police Department, Roseanna Kiser is from North Carolina but was staying at the Sheraton Sand Key Resort on Monday night.

Police say she was drunk at the pool while children were swimming and playing.  They say Kiser got so mad at a 7-year-old boy, she took her open bottle of vodka and poured it in his eyes before grabbing and shoving him away.

Someone called 911, and officers confronted Kiser in her hotel room.  The report says she fought with the officers and kicked them in the head, neck, and chest.  One officer took a kick to the groin.

The 33-year-old was charged with battery on a law enforcement officer and child abuse.  She was released Tuesday after posting a $12,750 bond.

It's not clear if the child was badly injured.

The arrest was first reported by The Smoking Gun website.