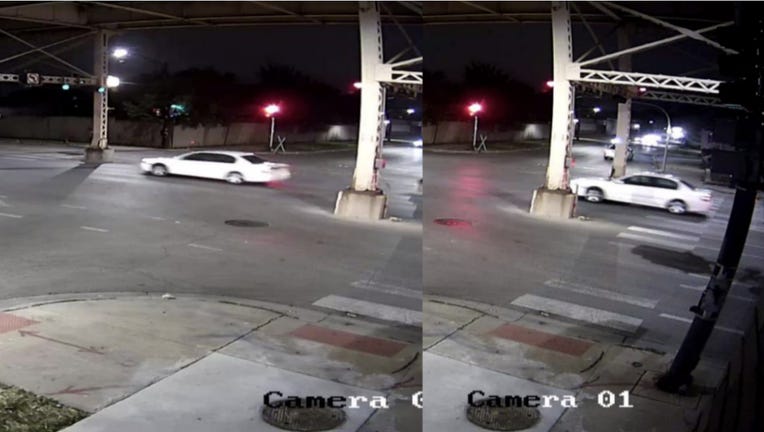 Surveillance images of a car wanted in an Aug. 15, 2020, hit-and-run in West Garfield Park.

The white, four-door sedan hit the man Saturday evening in the 4400 block of West Lake Street, Chicago police said. The man was hospitalized in critical condition, while the car fled west.

The car may have front-end damage, police said.

Anyone with information is asked to call the Major Accidents Investigation Unit at 312-745-4521.