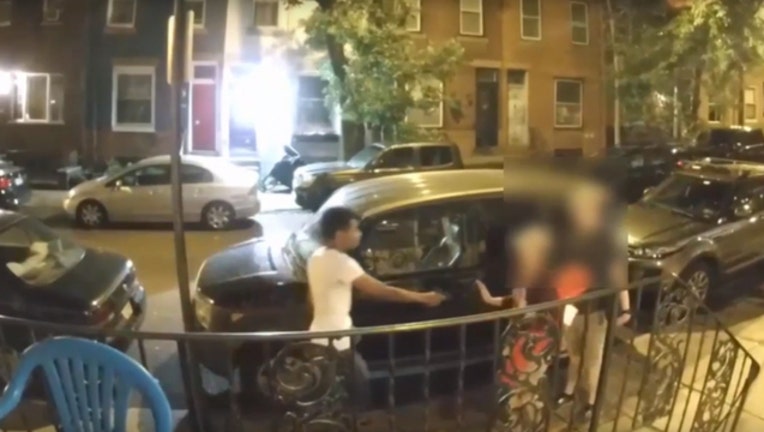 PHILADELPHIA - Philadelphia police are searching for two suspects wanted for an armed robbery in Fairmount. Video shows the two victims being approached from the front and behind by the suspects.

The incident happened late Sunday night on the 800 block of North 27th street.

Surveillance video shows the suspects holding the victims, a man and a woman, at gunpoint while taking their phones and wallets.

The second suspect is described as a black male, about 20-years-old, 5’10”, and approximately 165 pounds. He was wearing a dark-colored paisley print bandana around his face.

Anyone with information is asked to contact 911 immediately. To submit a tip via telephone, dial 215.686.TIPS (8477) or text a tip to PPD TIP or 773847. Police say not to approach the suspects and that all tips will be confidential.