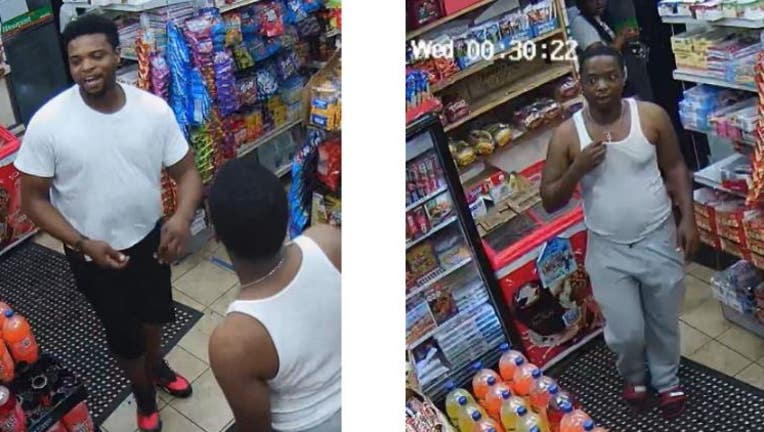 CHICAGO - Police are looking for two people in connection with a shooting that wounded a 3-year-old girl last month in South Shore.

The July 22 shooting wounded a 3-year-old girl when two gunmen fired shots in the direction of her family’s car in the 2400 block of East 74th Street, Chicago police said.

Surveillance photos released by police Tuesday show two people wearing white shirts. One is wearing black shorts, and the other has grey sweatpants.

They were seen in the area of the incident, and one of them was involved in an altercation with the girl’s family, police said.