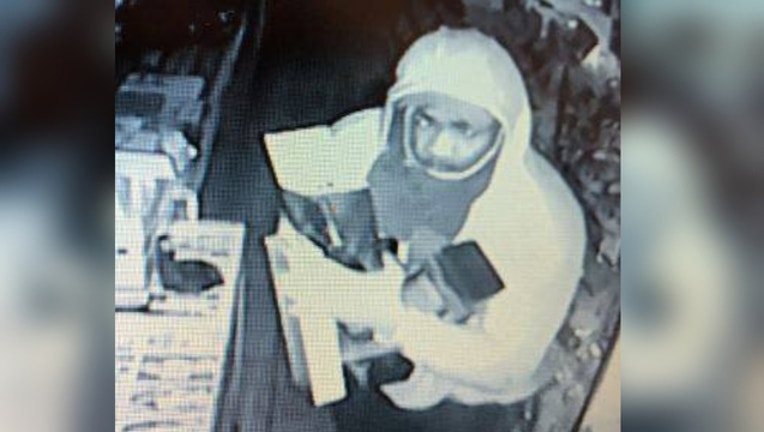 Surveillance image of the suspect in an Oct. 7 burglary at Randall Liquors in the 300 block of Galena Boulevard in Aurora. | Aurora police

SUN TIMES MEDIA WIRE - Police are looking for a man wanted in connection with a burglary last weekened at a liquor store in west suburban Aurora.

The suspect broke into Randall Liquors about 2:15 a.m. on Sunday in the 300 block of East Galena Boulevard in Aurora, according to a statement from Aurora police. He stole cigarettes and liquor.

Police released a surveillance image of the man and are asking anyone with information to call detectives at (630) 256-5500.