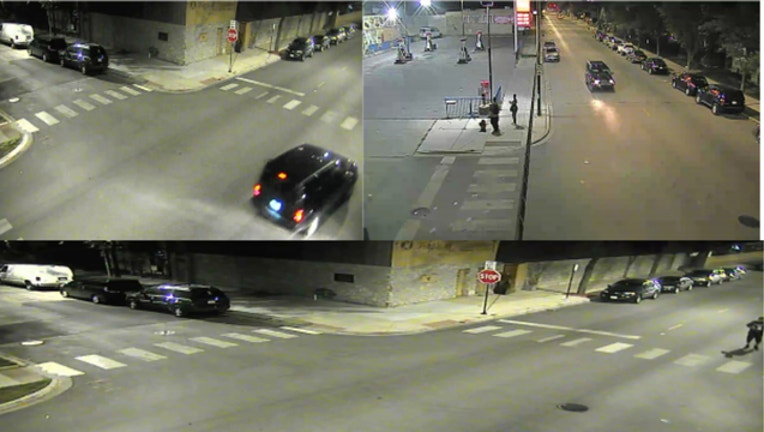 CHICAGO (SUN TIMES MEDIA WIRE) - Authorities are looking for the driver of a Jeep that struck and killed 42-year-old bicyclist Jimmy Lispier last month in the West Humboldt Park neighborhood.

Lispier, of the Northwest Side Hermosa neighborhood, was found unresponsive at 3:17 a.m. Aug. 23 in the middle of a street in the 4400 block of West Division, according to Chicago police and the Cook County Medical Examiner’s Office. He was pronounced dead about 10 minutes later.

The medical examiner’s office did not immediately rule on the cause or manner of Lispier’s death following an autopsy pending further investigation.

The driver was headed east on Division Street when he struck Lispier, who was biking in the same direction, police said. Tire marks at the scene led investigators to determine Lispier died in a hit-and-run crash.

The vehicle was described as a dark-colored Jeep Patriot with a model year ranging from 2013 to 2017, police said. It had no front license plate, and the rear plate had bright LED lights. The visors for the passenger and driver seats were pulled down and light-colored.

The driver was described as a slim male wearing black shoes, black shoes and a black t-shirt with a design on the front.

Authorities are asking anyone with information about the crash to call the Major Accident Investigation Unit at (312) 745-4521.