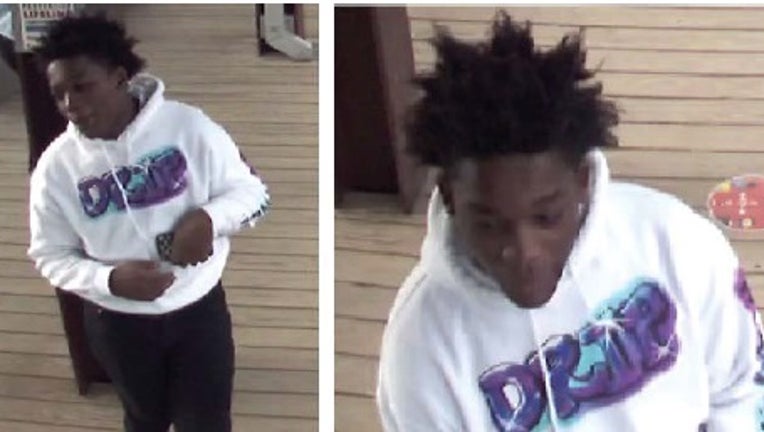 CHICAGO - Chicago police are asking for the public's help in identifying and finding a man who stole a woman's cellphone on a CTA Brown Line train.

Police said on April 23 the suspect approached a 23-year-old woman at the Diversey Brown Line stop around 3:50 p.m. and stole her phone before running away.