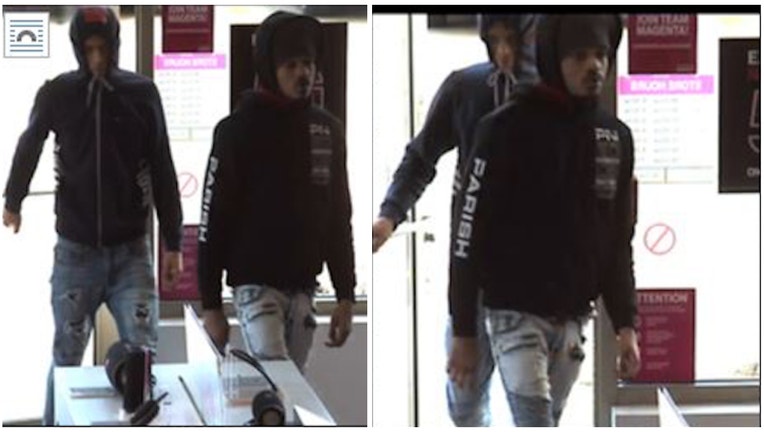 ROMEOVILLE, Ill. - Police in Romeoville are looking for two people who stole display cellphones from a T-Mobile store last week in the southwest suburb.

About 1:30 p.m. on Jan. 8, the two male suspects entered the store, 356 S. Weber Road, and distracted employees before snatching two tethered iPhone 11s that were on display, according to a statement from Romeoville police.

Authorities released surveillance images of the suspects and are asking anyone with information to call police at 815-886-7219 in reference to Case 20-0083.