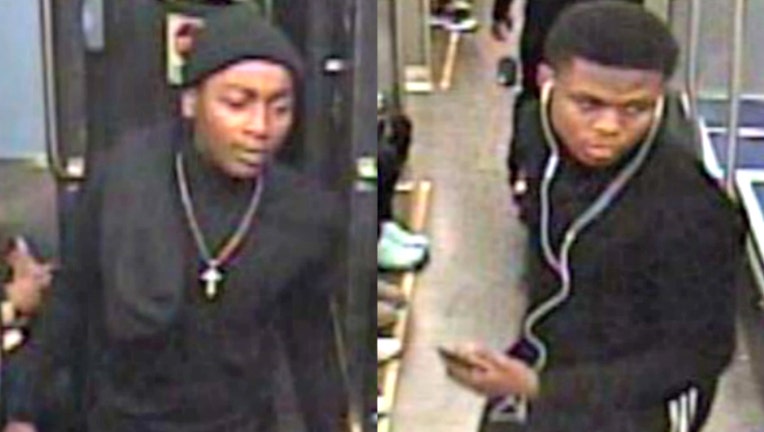 Police say these two people are wanted for robbing a CTA patron on a Red Line train 9 p.m. Sept. 18 on a train near the 63rd Street station. | Chicago police

CHICAGO - Police are searching for two people wanted for robbing someone on a CTA Red line train in September on the South Side.

The suspects allegedly robbed someone about 9 p.m. Sept. 18 on a train near the 63rd Street station, according to Chicago police.

They allegedly demanded the victim’s property and went through their pockets.

Police asked anyone with information to call Area One detectives at 312-745-4443.