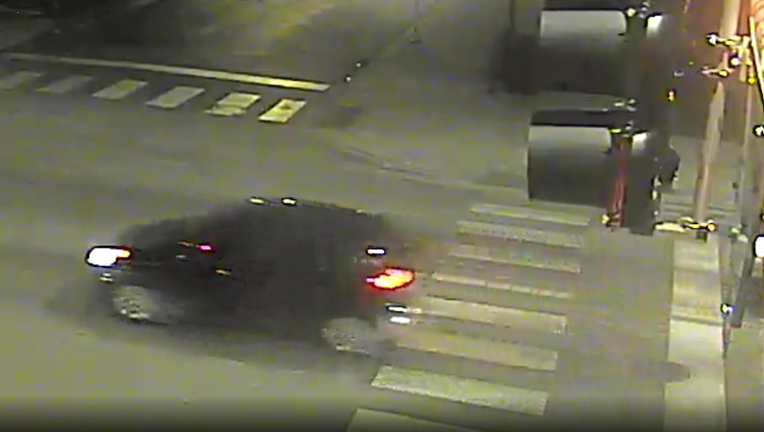 Surveillance photo of the vehicle wanted in connection with a hit-and-run involving a pedestrian Feb. 22, 2020, in Englewood. | Chicago police

CHICAGO - Chicago police are asking for help locating a vehicle wanted in a hit-and-run Saturday in Englewood on the South Side.

A 59-year-old man was struck by a black, two-door Ford Focus hatchback with passenger side damage about 10:25 p.m. in the 5900 block of South Ashland Avenue, Chicago police said. Police initially reported that the vehicle was a white sedan.

The man was taken to University of Chicago Medical Center in critical condition, police said. The Focus was last seen driving north on Damen Avenue from 62nd Street.

Anyone with information is asked to contact CPD’s Major Accident Investigation Unit at 312-745-4521.