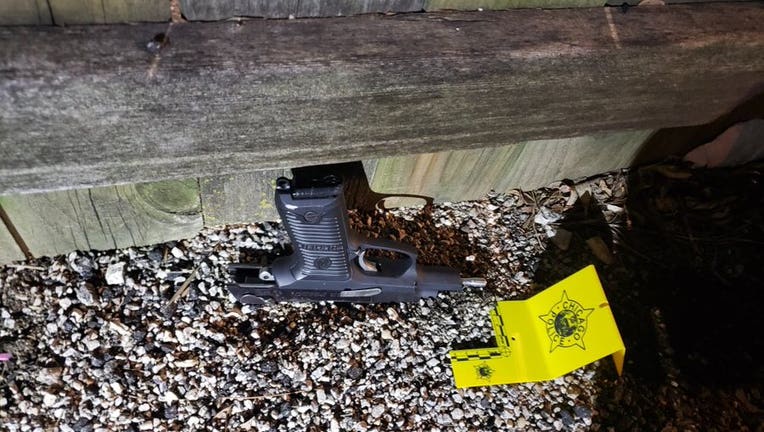 A weapon was recovered after person was shot by police and another was arrested March 29. 2021 in Little Village. | Chicago police

CHICAGO - Chicago police fatally shot an armed person and arrested another after responding to gunfire early Monday in Little Village.

Officers responded to a ShotSpotter alert about 2:35 a.m. and saw two males standing in an alley in the Southwest Side neighborhood, police said in a statement.

One armed person ran from the scene and was shot in the chest by a police officer during an "armed confrontation" in the 2300 block of South Sawyer Avenue, police said. That person was pronounced dead at the scene.

The other person who also ran from police was arrested and is facing a misdemeanor count of resisting arrest, police said.

Police spokesman Tom Ahern shared a photo of a gun allegedly recovered at the scene. No charges have been filed.

The officer will be placed on desk duty for 30 days while the Civilian Office of Police Accountability investigates the shooting, police said. A spokesman for COPA was unable to provide additional information.