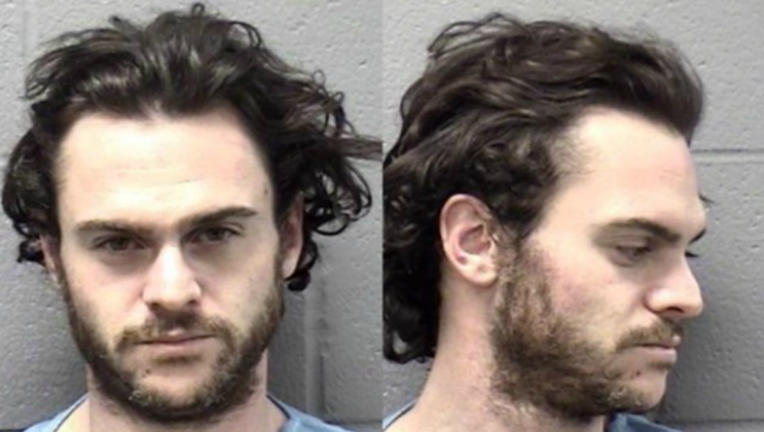 ELGIN, Ill. (SUN TIMES WIRE) - A man was caught floating down the Fox River after robbing a liquor store Tuesday afternoon in northwest suburban Elgin, according to police.

Joseph C. Figliola, 28, was charged with one felony count of robbery, according to a statement from Elgin police.

About 4:30 p.m., officers responded to a robbery at the JJ Peppers store at 10 S. State St. in Elgin, police said.

Officers obtained a description of the suspect from witnesses and video surveillance cameras, then created a perimeter and started searching, police said.

A person matching the description of the suspect, later identified as Figliola, was seen floating in the river and was taken into custody, police said.

Figliola, of the 500 block of Raymond Street in Elgin, was scheduled to appear in bond court Wednesday.