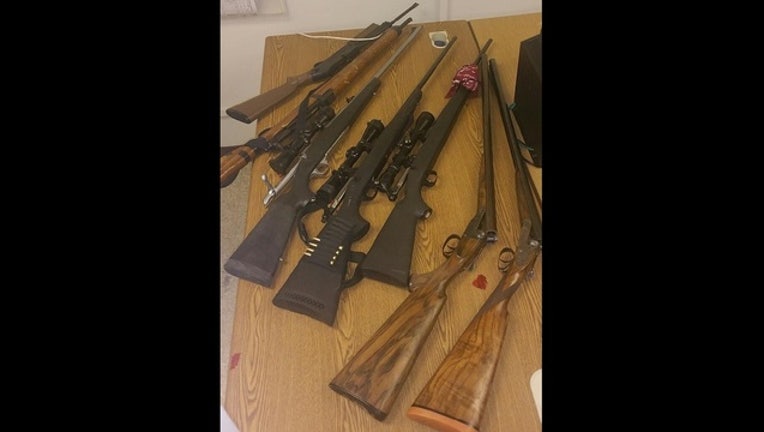 A stash of guns uncovered Tuesday at a vacant apartment in the Lawndale neighborhood. | Cook County Sherif's Office

SUN-TIMES MEDIA WIRE - Officers with the Cook County Sheriff’s Office discovered a cache of guns Tuesday at a vacant apartment in the Lawndale neighborhood on the Southwest Side.

The officers were checking on the status of a person under electronic monitoring at a home in the 1300 block of South Tripp when they noticed a door had been propped open by a t-shirt, according to the Cook County Sheriff’s Office. The door led to a second-floor apartment, which had been left vacant except for a couch.

Officers uncovered three rifles equipped with scopes and two shotguns inside the apartment, the sheriff’s office said. The shotguns had been stolen from northwest suburban Woodstock.

An investigation into the weapons is ongoing.