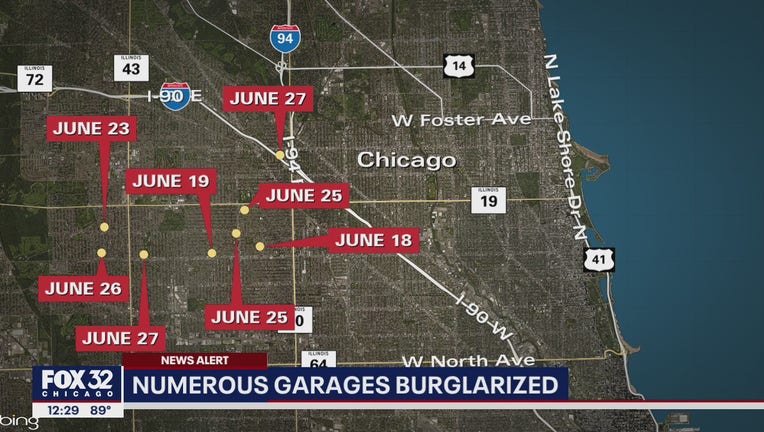 CHICAGO - Police are warning residents on the Northwest Side of a series of late June garage burglaries in Portage Park, Belmont Central, Belmont Heights and Schorsch Village.

A thief or thieves entered the garages through unlocked doors or by prying them open, Chicago police said in a community alert.