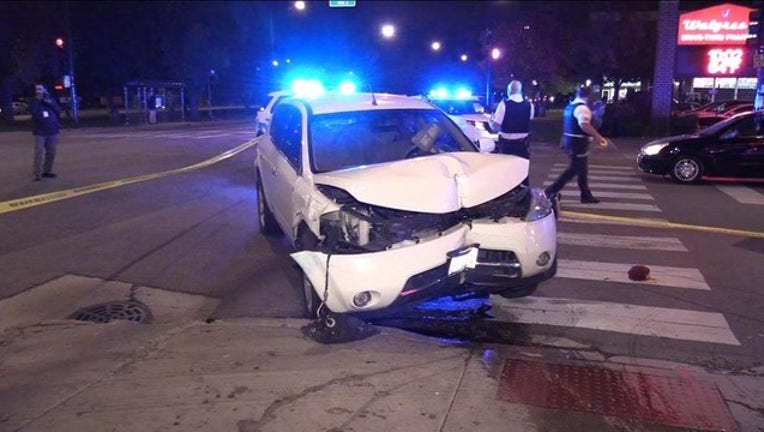 CHICAGO (STMW) - Charges are pending against an 18-year-old man who sped away from Chicago Police in a stolen vehicle and struck a pedestrian Monday night on the Southwest Side.

About 9:45 p.m., officers attempted to stop a white SUV in the 5700 block of South Western after a plate check revealed the vehicle was stolen, according to Chicago Police. The SUV pulled over for a moment, then sped away northbound on Western.

The woman, thought to be in her 30s, was taken to Mount Sinai Hospital with non-life-threatening injuries, police said.

The driver ran away after crashing the SUV but was arrested less than a block away, police said. He was taken to Holy Cross Hospital with minor injuries and charges were pending Tuesday morning.