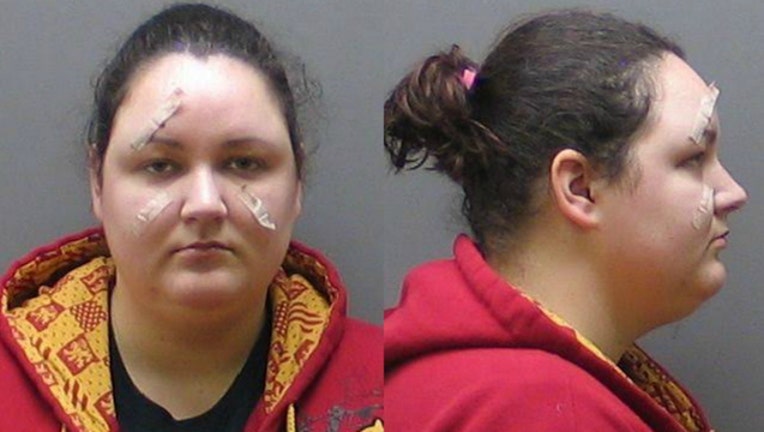 SUN-TIMES MEDIA WIRE - A west suburban woman who told police she was attacked with a knife by two men is now facing felony charges after investigators discovered the wounds were self-inflicted, according to police.

Taylor Granato, 26, of Batavia turned herself in Wednesday after being charged in a warrant with  disorderly conduct for filing a false police report, a Class 4 felony, according to St. Charles police.

Just after 2 a.m. Sunday, Granato approached police officers patrolling downtown. She was “covered in blood and had several stab/cut wounds,” a statement from police said.

Officers provided first aid and called for an ambulance, which took her to Delnor Hospital with injuries that were not life threatening to her face, right arm and abdomen, police said.

Granato said she was confronted by two men in a parking lot in the 100 block of North Second Street (Route 31), police said, and one them “pulled a knife and began cutting and stabbing her.”

The men then drove off headed north on Route 31, while Granato drove about a block before spotting the officers.

Police investigated the area and found no blood in the area where the attack allegedly occurred. However, they “found a large amount of blood in the passenger seat of her car,” police said.

A search of the car resulted in the knife, covered in blood, being found in the glove box, police said.

Detectives determined the wounds were self-inflicted and obtained an arrest warrant for Granato, of the 600 block of North Batavia Avenue in Batavia, who turned herself in at the police station.