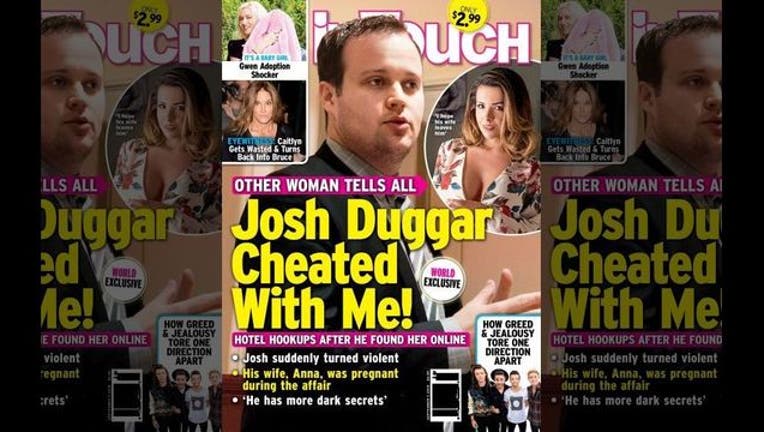 Danica Dillon told In Touch that her rendezvous with Duggar occurred while his wife Anna was pregnant with their fourth child.

"He walked into the Gold Club [in Philadelphia] like a normal patron and said he'd been a fan for a long time and has watched my career grow," Dillon, who reportedly passed a polygraph test, told In Touch. "[Duggar said] he loved watching my very first scene on [an adult website]. Then it got creepy."

Dillon said Duggar approached her a month later in mid-March when she was performing at Creekside Cabaret in Pennsylvania. She said he "eyeball[ed]" her and purchased $600 worth of private dances and asked if he could spend the evening with her.