Pregnant woman killed in Back of the Yards had testified in cousin’s slaying weeks earlier, relative says

CHICAGO - Family says they believe there might be a connection between the Sunday slaying of 18-year-old Treja Kelly, who was pregnant, and her testimony as a witness in a murder case just weeks earlier.

“I feel in my heart of hearts that that might be the case,” Kelley’s grandmother, Judy Fields, told the Chicago Sun-Times. “But we don’t know for sure.”

Kelley was walking to her home Sunday evening in the Back of the Yards when a man emerged from an alley and shot her multiple times, according to Chicago police and the Cook County medical examiner’s office.

She was rushed to the University of Chicago Medical Center, where she was pronounced dead, authorities said. Police said no arrests have been made.

Kelley had just finished her shift at the Fairplay on 47th Place and decided to take the bus home, Fields said. She was three months pregnant, Fields said.

Fields said her family became concerned about her safety after she testified in June against Deonte Davis, who was charged in the 2016 slaying of Kelley’s cousin, Christopher Fields, 17.

“We were doing what we could to transport her every place she went,” Fields said. “Normally [Kelley] would take an Uber home from work, but I don’t know why she didn’t.”

Kelley testified against Davis in June, according to a spokesman for the Cook County state’s attorney’s office. Later that month, Davis was convicted of first-degree murder. He is due back in court Oct. 3.

Kelley had witnessed her cousin’s slaying as she went to meet him at a bus stop, Fields said. 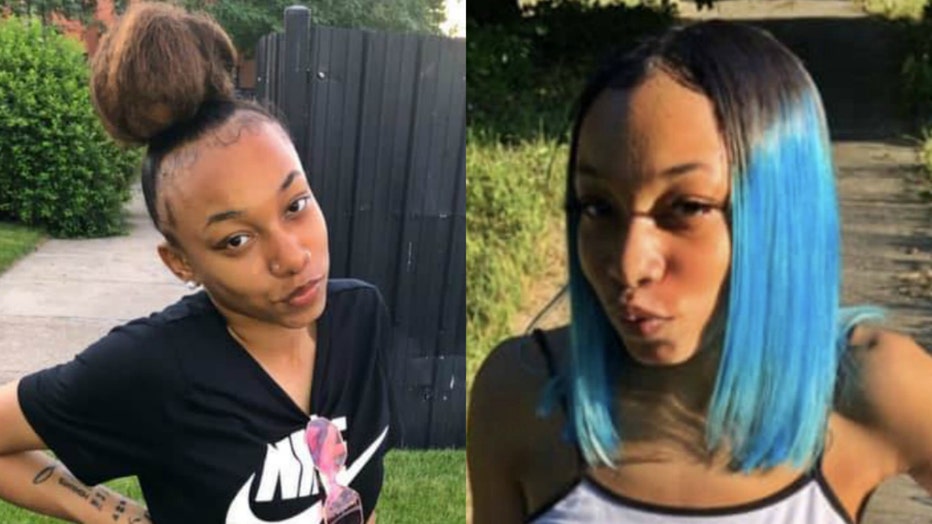 Christopher Fields and a 19-year-old man were standing on the sidewalk June 1, 2016 in the 5200 block of South Sangamon Street when Davis, who was driving a silver car, stopped alongside them and opened fire, police said at the time.

Fields was shot in the back and was taken to Stroger Hospital, where he died that night, authorities said. The older teen was shot in the left wrist and was taken to the same hospital in good condition. About five minutes before the shooting, Davis had unsuccessfully tried to rob a 53-year-old man at gunpoint in the 5100 block of South Halsted Street, police said.

Judy Fields said that Kelley was one of two witnesses to the shooting and chose to testify because she was close to her cousin.

“She needed to do that for Chris,” Fields said.

Chicago police spokesman Anthony Guglielmi said that detectives have not determined a motive in Kelley’s slaying and that they are “investigating all possibilities.”

Kelley graduated from UIC College Prep in June and had planned to study at the University of Illinois at Chicago, Fields said. Fields said she was close to Kelley, who had spent her life living across the street from her.

Fields said she has lived in the Back of the Yards for 35 years and remembers when it was peaceful and quiet.

“The neighborhood has changed so much,” Fields said. “I raised my kids here. Now, so much happened over here. All we can do is pray for peace.”