President Trump at the CDC

ATLANTA - President Trump took a tour of the main campus of the Centers for Disease Control and Prevention in Atlanta on Friday just hours after signing an $8.3 billion bill aimed at combatting a possible outbreak of the Novel Coronavirus.

The legislation Trump signed at the White House provides federal public health agencies with money for vaccines, tests and potential treatments and helps state and local governments prepare and respond to the threat.

President Trump’s visit to the CDC

President Trump speaks about the coronavirus at the CDC

“It’s an unforeseen problem,” Trump said about the virus. “It came out of nowhere. We’re taking care of it.” 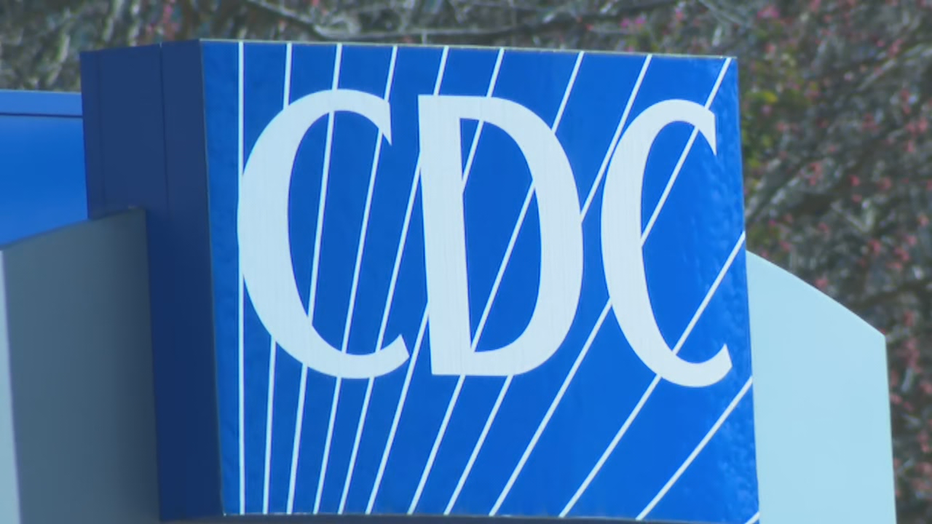 President Trump had originally planned to sign the bill at the CDC.

The trip, which was announced a week ago, was off the president's official schedule late Thursday, but eventually was placed back on it by midmorning. President Trump explained to White House reporters Friday morning why the trip was canceled in the first place.

The president said, “They thought there was a problem at CDC with somebody that had the virus. It turned out negative so we're seeing if we can do it. But yesterday afternoon, we were informed that there may have been a person with the virus and they now find out that that was a negative test. They've tested the person very fully and it was a negative test."

President Trump landed at Dobbins Air Reserve Base in Marietta, Georgia on March 6, 2020, ahead of his tour of the CDC main campus in Atlanta to discuss the coronavirus.

During the president's first trip to the CDC's main campus, the director praised his handling of the threat of a coronavirus outbreak.

President Trump’s remarks from the CDC

President Donald Trump toured the main campus of the Centers for Disease Control and Prevention in Atlanta on March 6, 2020, in response to the threat of a coronavirus outbreak.

The coronavirus outbreak has killed 12 people in the U.S. and infected hundreds more, with at least three of those patients being in Georgia.

The president was joined by Georgia's two U.S. Senators and Gov. Brian Kemp.

The president touted the accuracy of the test to detect the coronavirus, which members of his administration have acknowledged is not available to all who wants it, declaring it was “perfect like the letter was perfect. The transcription was perfect. This was not as perfect as that, but pretty good.”

The president, while touring the CDC, also boasted about his ability to understand the virus, even though he has repeatedly misstated how long it would take for a vaccine to be developed and available.

“You know my Uncle was a great — he was at MIT. He taught at MIT for a record number of years. He was a great super genius, Dr. John Trump,” the president said. “I like this stuff. I really get it. People are surprised that I understand it. ... Maybe I have a natural ability.” 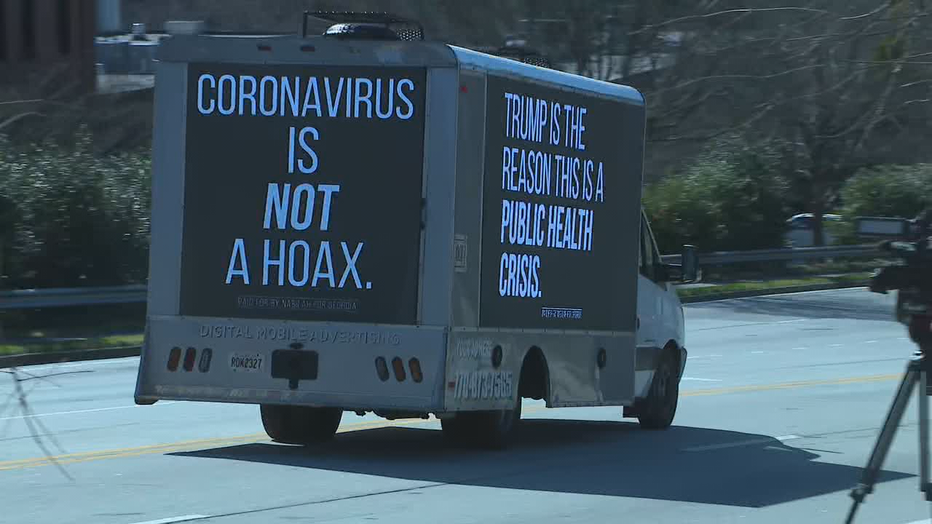 A sign reading "coronavirus is not a hoax" drives past the Centers for Disease Control and Prevention main campus in Atlanta ahead of President Trump's visit on March 6, 2020. (FOX 5 Atlanta)

“We have very low numbers compared to major countries throughout the world. Our numbers are lower than just about anybody,” Trump said about cases of the virus, which have rocked financial markets, interrupted travel and threaten to affect everyday life in the United States.

But his messaging was more haphazard at the Atlanta-based CDC. Despite calling this week for bipartisanship during the crisis, he said he told Vice President Mike Pence not to be complimentary during his Thursday meeting with Gov. Jay Inslee of Washington, where more than a dozen people have died, because “he is a snake.”

“Let me just tell you we have a lot of problems with the governor and, that’s where you have many of your problems, OK?” Trump said. “So Mike may be happy with him but I’m not, OK?”

So far, 14 people have died in the United States. Trump downplayed concern that the country was not ready to respond to an outbreak.

Trump also said he talked on the phone with California Gov. Gavin Newsom about the 3,500 people stuck on a cruise ship anchored off the coast of California. Trump, at the CDC, advocated for the passengers to remain on the ship — in part so they would not count against the total number of victims in the United States. He did say he would defer to the medical experts.

The first stop on President Trump's Friday was to middle Tennessee, where deadly tornadoes ripped through Nashville earlier this week. He was to spend the weekend at his resort in Palm Beach, Florida.