Governor JB Pritzker is tightening up rules for Illinois sports to protect athletes from COVID-19.

CHICAGO - Governor JB Pritzker is tightening up rules for Illinois sports to protect athletes from COVID-19.

"We weren't really surprised. We're a little disappointed. We were hoping that we would be allowed to make our own decisions,” said Gary Wojo.

Wojo runs the Lyons Football Club whose 350 youth players and cheerleaders’ season has now been sidelined.

"They work all year preparing for this next two, three months of season. And now it feels kind of like it's been ripped away from them,” Wojo said.

"This isn't news that anyone wants to hear. But this virus remains dangerous,” Pritzker said.

The governor on Wednesday announced new guidelines for youth and adult recreational sports.

The guidelines divide dozens of activities, everything from archery to basketball to volleyball and swimming, into three categories of risk: low, medium and high -- depending on the amount of physical contact in each sport. 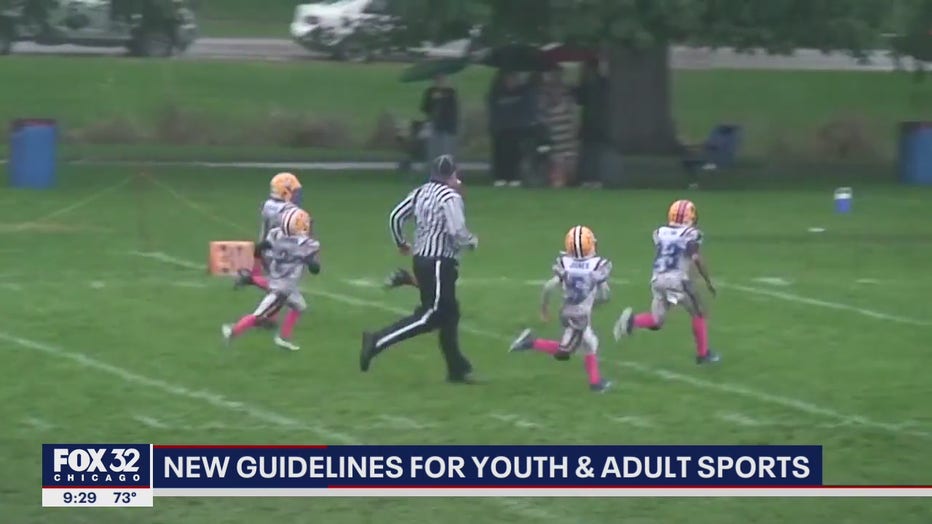 "But when the multimillion, multibillion dollar sports leagues with multimillion dollar athletes are struggling to protect their players, it's obvious there won't be enough protection for kids on our school playing fields,” Pritzker said.

The governor says he hopes to be able to restart some of those sports, but that will depend on getting the virus under control in Illinois. And right now it's not looking good.

“There are clearly indicators that we are headed in the wrong direction,” said Dr. Ngozi Ezike, the Director of the Illinois Department of Public Health.

In the meantime, coaches say they will try to keep kids active and busy, but separated and safe.

"We feel that when our kids are active, they're better members of society. Teaches them leadership, teamwork. Hard work. And without football and sports, we think it'll be hard for these kids to learn these lessons,” Wojo said.