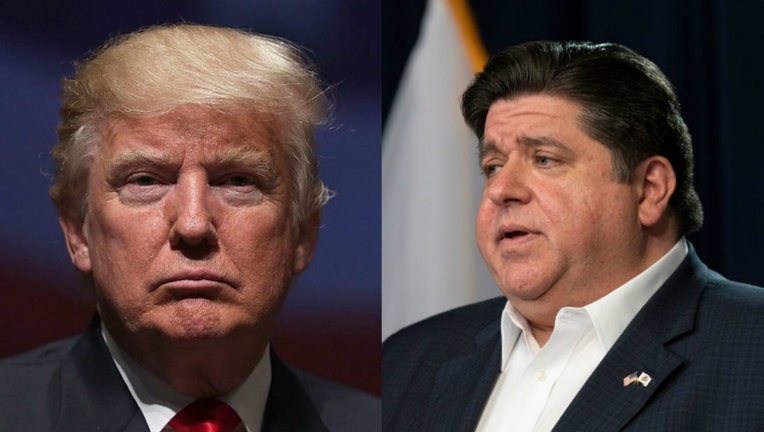 "For the first time in United States history, a sitting President has been impeached on two separate occasions by the House of Representatives – a testament to the resiliency of our Constitution, but an ugly stain on our nation’s history," said Governor JB Pritzker. "Make no mistake: to hold accountable those who smear our democracy, who unleash violence and death upon the halls of Congress, who dance on the desks of duly elected public servants in the name of insurrection – and yes, those who incite it all from inside the world’s most powerful office – is the most patriotic thing we can do."

"We cannot rebuild without ridding ourselves of what’s rotten. We cannot hope to unify without upholding the ideals of justice, democracy and liberty that tie us together as one nation. Today, Republicans joined with Democrats to send that message."

"The events of January 6th, 2021 – and the weeks’, months’ and years’ worth of falsities and fantasies that led up to them – represented a culmination of Donald J. Trump’s longstanding efforts to channel hate and demagoguery into power. As a proud American, I have long feared the repercussions of these efforts, and the choice of the national Republican party to embrace them and its media ecosystem to amplify them. He has long posed a danger to our nation – and last week, the world watched in horror as his name was carried on flags – alongside the flag of our nation’s most infamous traitors, the Confederacy – in a siege on our Capitol. And I believe fully that we would be remiss to assume the threat of such efforts lies behind us."

"But today, amid sorrow, amid worry, amid the bruising impact of a pandemic on pace to soon take over 400,000 American lives: I am hopeful. By impeaching President Trump on the charge of Incitement of Insurrection, the House of Representatives has taken a necessary step toward holding accountable a president whose very hallmark has been the derision of our democracy. In the constant pursuit of our nation’s finest ideals, the promise of a more perfect union lives another day. Our work to secure it continues, and I urge the Senate to take up its duty immediately."

RELATED: Trump becomes only president to be impeached by House twice, charged with 'incitement of insurrection'