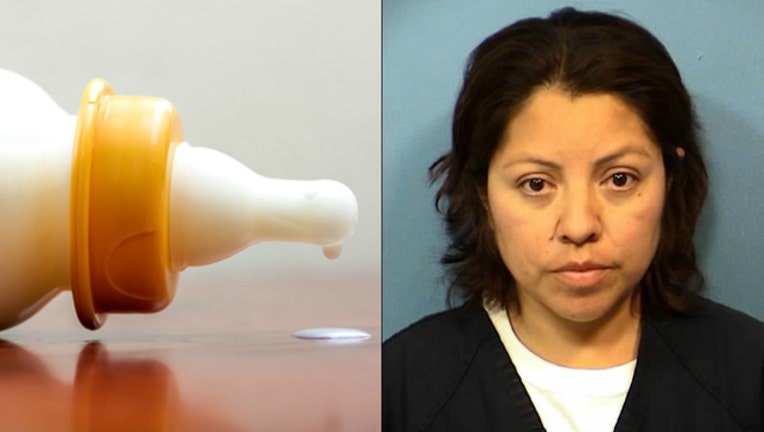 Andrea Vazquez-Hernandez, 36, of the 600 block of Hearth Lane in Carol Stream was charged with a felony count of aggravated battery and a misdemeanor count of domestic battery, according to a statement from the DuPage County state’s attorney’s office.

The Carol Stream Police Department was called Sunday evening to Hernandez’s home and told a child possibly drank nail polish remover, according to the statement. Police spoke to the child’s father, who told investigators he tried to give his daughter a bottle of milk and she immediately spit it out.

The child was taken to the hospital after spitting up the fluid and was released when all tests came back normal, authorities said. The child did not actually ingest any of the nail polish remover, Berlin said.

The statement did not provide details of how police learned Vazquez-Hernandez allegedly put about an inch of nail polish remover in the girl’s bottle earlier in the day.

Vazquez-Hernandez’s next court date is scheduled for June 27.