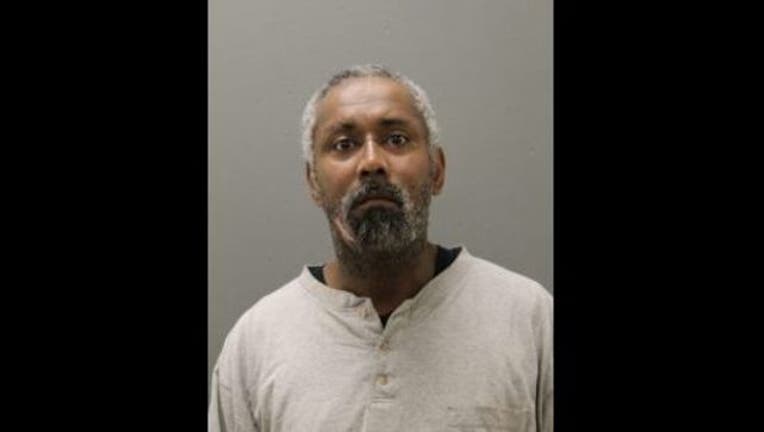 CHICAGO (Sun-Times Media Wire) - Babette Miller told Chicago Police last spring that her boyfriend had threatened her with a gun after she refused to have sex with him and a neighbor, the Chicago Sun-Times reports.

While she was filing the domestic abuse report on April 1, Miller also told officers that Robert Simon had slapped her in the face the night before for not performing her “womanly duties,” Cook County prosecutors said in court Friday.

Miller’s bullet riddled body was found by her parents a few days later, lying face down in bed in the two-bedroom Avalon apartment she shared with Simon.

Simon fled to Minnesota following the deadly shooting and turned himself to authorities there soon after, Assistant State’s Attorney Jamie Santini said.

The 45-year-old former Uber driver was brought back to Chicago this week to face charges in Miller’s death.

Simon allegedly told police he killed 35-year-old Miller with a .22 caliber handgun after an argument in their apartment, in the 1700 block of East 85th Street.

Miller, fearing for her life, had sent a copy of her police report to her friend on Facebook the same day she contacted police about Simon’s abuse, Santini said.

She also told the friend she was afraid Simon would harm her, Santini said.

When the friend didn’t hear from Miller two or three days later, he contacted Chicago Police on April 5.

In the meantime, Miller’s mother and father went to the couple’s apartment and broke down the door when no one responded to their repeated knocks, Santini said.

They called 911 when they saw Miller was unresponsive and cold to the touch, Santini said.

Miller was shot multiple times around her upper body.

Police found several .22 caliber shell casings around her body, a few live rounds in an ashtray in a closet on the shelf, shotgun shells in the front of the bedroom and an empty gun holster, Santini said.

Simon left an ID at his residence and police saw one of his prescription bottles with his name on it, Santini said.

Once they learned Simon left the state, police issued an arrest warrant.

Simon drove himself to the Minnesota Police Department on April 8 and told them what he had done, Santini said.

Simon was arrested on weapon charges there after Minnesota police officers recovered a .38 and .22 caliber handgun from his car, Santini said.

Simon has four children and studied business for a few years after high school, a defense attorney said in court.